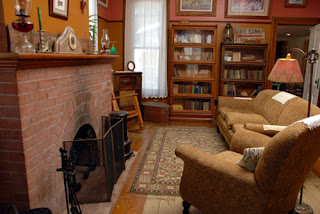 Welcome back my friend and fellow author Lark Latroy! I asked Lark to come back and talk to us on a fascinating subject - the Druids. Lark has written of them in he two books of the Neo Druid series. Please have a seat in my den while I get us something to drink. Go ahead and tell them about it, why don't you?

Hello folks, Ms. Hayes has asked me to return to her lovely site, so here I am. Thanks Julie, always a pleasure. Have a seat everyone, get comfortable, grab a drink if you care to. I have a story to tell you, about Druids. In particular, my Druids, ten of them in fact. I have been asked several times why I picked Druids as the lead characters for my stories, and really, there is a good reason.
The genre of the paranormal has gotten soft, lately. Vampires used to be something to be afraid of, but now they're more like over-aged mama’s boys with issues. The werewolf has been reduced to more animal than tortured soul, and in some cases, wimped-out losers. Witches have turned into PMSing mall rats, they’ve lost their evil attempts at controlling nature and humanity. In short, paranormal is trying to be more, normal, to fit in with today’s world and society. BORING! 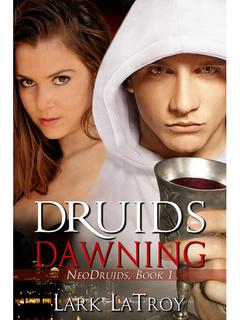 I wanted something different for my stories, and Druids have a mysterious past. They kept no written records of their own, all knowledge was passed on by word of mouth. The only written histories about them come from either people they visited, or people that conquered the Celtic lands. The second group is where most people get their vision of Druids, from the deeply slanted writings of Roman historians. Because the history of the Druids is so thin, I saw them as the perfect heroes for my tales. I also gave them a very fanciful back history. Since Druids existed in the Celtic lands for much longer than any recorded history, I can take a certain creative liberty with their past.
Now that my first two stories are out in print, people can read the beginnings of my vision for a paranormal series that, to say the least, is a bit different. NeoDruids is a tale of ten seemingly normal people living in present day Boston. They come from all walks of life: a teacher, a nurse, a computer systems engineer (keep smiling everyone, we all write ourselves into our stories), a tech writer, and others. There is even a cop in this group. They call themselves The Order, and they try very hard to practice an ancient belief that very little is known about. 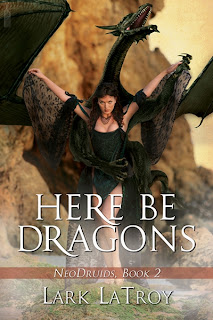 I also did not want the usual good vs evil type of story. I personally feel that those stories have been done to death, and also remove a certain human element from the characters. My Druids are human, with human frailties. They are not always good, in fact, they occasionally break the law. This is actually brought out in the first story, “Druids Dawning”. Instead, I wanted to give the Druids a much larger challenge. They learn in the second story, “Here Be Dragons”, that they are defenders of order, facing the entities of chaos. By doing this I can let the Druids be more human, make mistakes, and even break the law, if it is going to help maintain cosmic order, or at least something close to it.
The challenges faced by the Druids can come from both within our world, other people, and from parallel worlds. I like the idea of parallel worlds for two reasons; 1) I can be very flexible in the makeup of those worlds, 2) The possibilities are endless as to what comes through the portals into our world. Forces that can take over a human, to commit serial killings for a dark ritual, a banished member of a very powerful race, lost children of incredible power and mischief, strange creatures struggling to survive while fleeing a dying world, and many more visitors can be brought into play through this method. When the threat if from their own kind, humans, all I need to do is pick up a newspaper, and ideas start to flow.  I think you get what I’m saying.
But as important to my plots, are my characters. Writers go on and on about their muses. Well, so do I, however my muses are real, living people. The male characters are all based on men from my life. A teacher, a coworker, a master chief, a boss, a friend, a father, are all sources for the men in my stories. The ladies however, get special treatment. I like strong, powerful, intelligent women in stories. One of my favorite characters is Ellen Ripley. She not only kicked alien ass on her own ship, but kept going through three sequels to the Alien saga. I want my lady characters to be just as tough. But, they also have to be very beautiful. My stories are paranormal, but there is an erotic romance side to them as well. If you have read the first two stories, then you’ve been introduced to two of the muses already. If you haven’t read them, then you’re going to meet those two now. 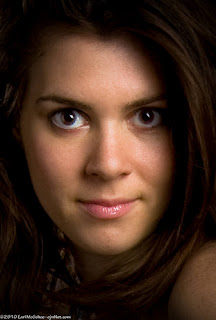 On the cover of “Druids Dawning” you see a very pretty young woman. She goes by the name of Isobel Wren, and she is the perfect inspiration for the character of Jill Reese. She has fantastic, thick, brown hair, a marvelous smile, shows a great deal of emotion in her expressions, and has very pretty, big brown eyes. Miss Wren works as a fetish and nude model, but you will notice I don’t talk about her as one. As with all the muses, I get my inspirations in what I see above her neck, and there is a lot of inspiration there. After finally getting to chat with Miss Wren through the Internet, I learned that Jill Reese is not far removed from Isobel Wren. I created a character very much like the real person, and didn’t even know it at the time. 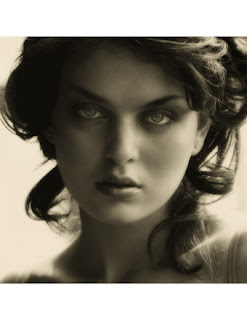 The cover art for “Here Be Dragons”, and the story itself, is a story in and of itself. If you look at that cover, you see the picture that inspired the entire story, and the main character of the tale. The lovely woman in that picture is Betcee May. Yes, what I find above her neck is where the character came from, but in her case there is a very tight focus in one place. Miss May has the most enchanting eyes, that she clearly knows how to use with great effect. The rest of her features are fantastic, but her eyes, especially in that on picture, set the whole stage for the story, and the character of Durinllew. When I saw that picture, I knew I had to have it on the cover of the story. Maxwell G, the photographer, and the web site Bare Maidens, were most helpful in securing the rights to use that picture. And Reese Dante did a fantastic job of bringing together the dragon and the woman.