The End of a Journey - Bidding Farewell to Queer as Folk 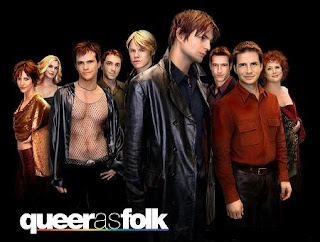 Today I finished watching the final episode of Queer as Folk. All that I have left are the bonus features, which I shall get through.  ****SPOILERS*****  It's been a wonderful journey, one I've truly enjoyed, and I'm disappointed that it didn't last forever, because I think I could have watched these characters forever. They became such a big part of my life and thought processes. I came to care about them, to worry about them, and I watched with great interest their daily struggles, their lives and loves - and yes, their luscious  nakedness. And now it's done. 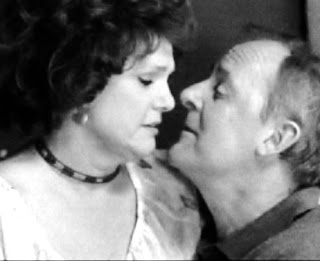 Did it turn out as I expected? Yes and no. Some things were serendipitous, some a little disappointing. I would have had Debbie marry her policeman, for one thing. I mean it's all well and good to say you won't marry until your son has the right to do so  himself, but honestly, I don't think that sort of personal decision affects anyone but yourself. And any children you might have. Be that as it may, I'm glad they ended up together, they're a good couple. I was disappointed that Emmett lost Drew to the needs of his virgin homosexual ego, but he made up for that in the last episode. Too bad we didn't get to see more of his old fantasy/new lover from back home. Ted found Mr. Wrong in Tad - there was something more than a little creepy about that guy. But at least he made up for it by finding his way back to Blake. Karma. Whodathunkit? Not me. I had Blake pegged as bad news from the beginning. But people change. And so did he, and Ted.

Hunter came back, which was wonderful for Mike and Ben; they decided to adopt him and he agreed. They've all three come a long way. I'm glad Mike and Dr. David didn't work out, Ben is much better for him. I'm also glad Lindsay and Melanie got back together again, although I think the decision to move to Canada was rash. Better to stay and fight than run, especially considering they left the fathers of their kids behind. 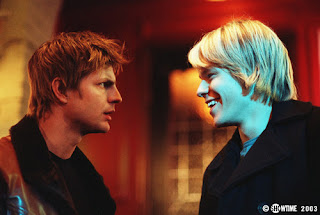 Brian and Justin - what can I say? I was so excited when Brian admitted he loved him, and then he bought the  large Tudor house and proposed (I would love to live in that house, seriously). But I had a bad feeling when Lindsay started talking about what Justin was giving up to be with Brian and sure enough my worst fears were realized - Justin went to New York. They promised they'd stay in touch and see each other frequently, but that's where it was left, so we can only hope that's what happened. 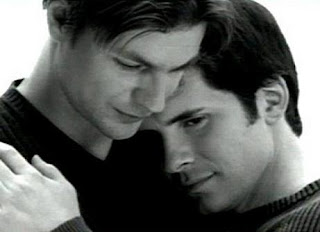 Brian wasn't going to re-open Babylon after the bomb, but Michael talked him into it, and that's where the last  scene took place. It was only fitting that Brian and Michael had the last dance - they are the glue which holds everything together, the principle relationship.


A lot of laughs, a lot of thrills, heartaches and triumphs. Tears of joy, tears of sorrow. But underlying it all was love. An immense love which transcends gender, race, religion and everything else. The lesson of QAF, what you are meant to take away with you, is that it's important that you do love. Not who you love, but that you love.

I'll miss the show greatly, and I'll always love it. What do I now? Well, I can always watch the British version, the one by Russell T. Davies of Dr. Who fame, which began it all. And I can always do what I do best - I can write about it. In other words - fanfiction!