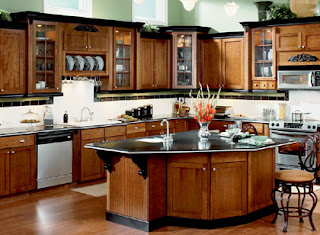 Today author Heather Lin has stopped by to visit, and has bravely answered the infamous Rick Reed question! Such a brave soul! See what her answers her - if you dare! Also, she's going to tell us a little bit about her new release, Westridge, from Silver Publishing. Heather, please have a seat in my kitchen, while I rustle us up a little snack.

And now for the questions - and answers.

The Questions
1)      You’re marooned on a small island with one person and one item of your choice—who is that person and what item do you have?
Ooh, this is a toughy. I'd probably have to go with Eric, my fiance. As much as I would like to say Adam Baldwin in the hopes that he'd want to populate the island with me, I think Eric and I would work better as a team. And as for the one item...a loaded flare gun?
2)      Which musical would you say best exemplifies your life – and which character in that musical are you?
Gosh, I've spent forever thinking about this question, and I just can't come up with a good answer. My life's too boring to be similar to a musical, I'm afraid. lol Rent, maybe? Because money's tight but love makes it all worthwhile. As for the character...hm...I guess I'd be most like Mark. Because I'm trying to find a way to balance my passion and the necessity of having a “real” job.
3)      Take these three words and give me a 100 word or less scenario using them:  manhood, combustible, chumming

You see what I have to work with, right? lol Okay, let's do this:
Damon decides to go fishing one day and is chumming to rile up the fish so he can catch them in               his net. His manhood depends on bringing the food back for his family, but he has horrible gas-- it's practically combustible--and he scares them all away. So Damon gives up and just stops at Long John Silver's on his way home.
4)      You’ve just been let loose in the world of fiction, with permission to do anyone you want. Who do you fuck first and why?
Adam Baldwin as Jayne Cobb in Firefly because...Hubba hubba.
5)      What is your idea of how to spend romantic time with your significant other?
Um...Pretty much anytime we get time alone and can talk and focus on us. Whether it's sitting on the couch watching TV and eating pizza or going for a walk or whatever. As long as we're holding hands,  it's romantic enough for me.
6)      When you start a new story, do you begin with a character, or a plot?
It depends. I use a million different systems, and I get inspiration from everywhere. In my novella, Westridge, from Silver Publishing the plot formed before the characters because I was inspired by the concept of childhood sweethearts in Taylor Swift's “Mary's Song (Oh My My My).” But in my Love Bite, Scandal, from New Concepts Publishing I was really in the mood to write a womanizer, so the character formed first.
7)      If they were to make the story of your life into a movie, who should play you?
I would love for Liv Tyler to play me. I've heard we look similar, and I think she's just so gorgeous and talented.
8)      Who’s your favorite horror villain and why?
Ooh, I adore horror movies. As for my favorite...? Quite honestly, the hoodoo couple from The Skeleton Key. They were ruthless; they didn't care at all about who they had to destroy to gain eternal life. That's a movie and a pair of villains that will always stick with me.

And also Shooter from Secret Window. I like the psychological stuff more than the gory stuff. ;)
9)      Do you have an historical crush and if so, who is it?
Well, gosh. I wish any of the people I can think of were actually real. lol I'm all about the historically fictitious crushes. Gilbert Blythe, Robin Hood... But as for those who actually lived, I'd probably have to go with King George VI, simply because I love tortured souls. I would love to have been the woman standing by his side and helping him overcome his fear of public speaking.
10)   Is there a story that you’d like to tell but you think the world isn’t ready to receive it?
I've been trying to get a story published forever that no one seems to want to take on. I truly    think it's one of the best pieces I've ever written, but I think the problem is that it's too erotic for     the horror genre but it's too horrific for the erotica genre. Also, it deals with a version of a   vampire, and I think people are just getting tired of that particular monster. We'll see. I do have a      friend who's been talking about making a short movie out of it. I may just post it as a freebie      on my blog if that happens. ;)
Wonderful answers, Heather! Tell us about Westridge, please!
Blurb 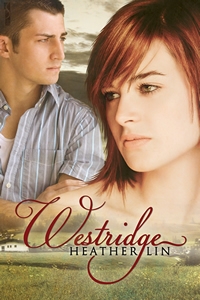 Posted by Julie Lynn Hayes at 8:25 AM