Vikings Season Finale - Will I keep on watching or say goodbye?

I just watched the season finale of Vikings. I must say this season went by quickly. Seems like it just started and now it's done. This was one very interesting season.

The brunt of the season was spent in planning the trip to Paris. Ragnar is fascinated by the stories 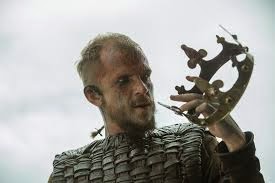 Athelstan tells, and spends hours listening to him, and learning the best way to take the city. A jealous Floki watches and seethes. 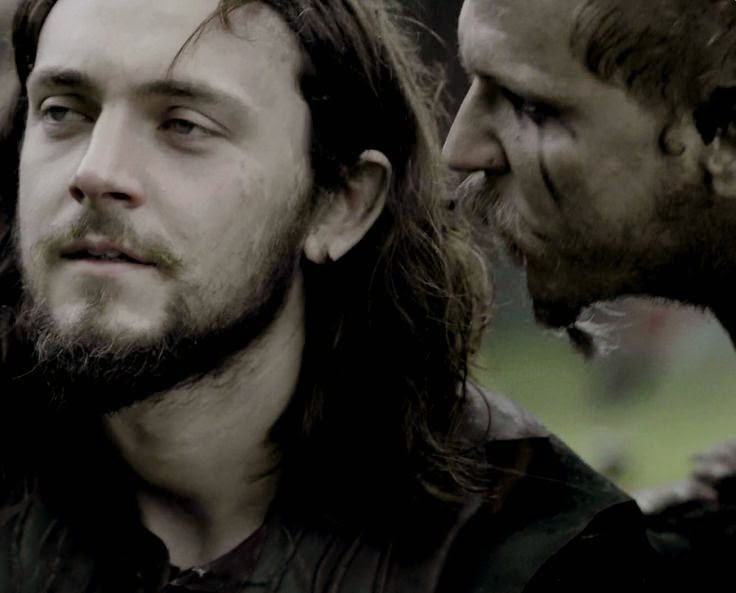 Floki has always been a bit strange, admittedly, but it's generally been in a well-meaning, albeit intense way. He proved his loyalty last season when he "plotted" again Ragnar with King Horik (Donal Logue), but of course it turned out to have been a ploy. Still, he isn't too tightly wrapped, and that becomes more and more evident in his growing jealousy of Athelstan.


His obsession with Ragnar, and his hatred of Athelstan, finally drives him over the edge. Declaring 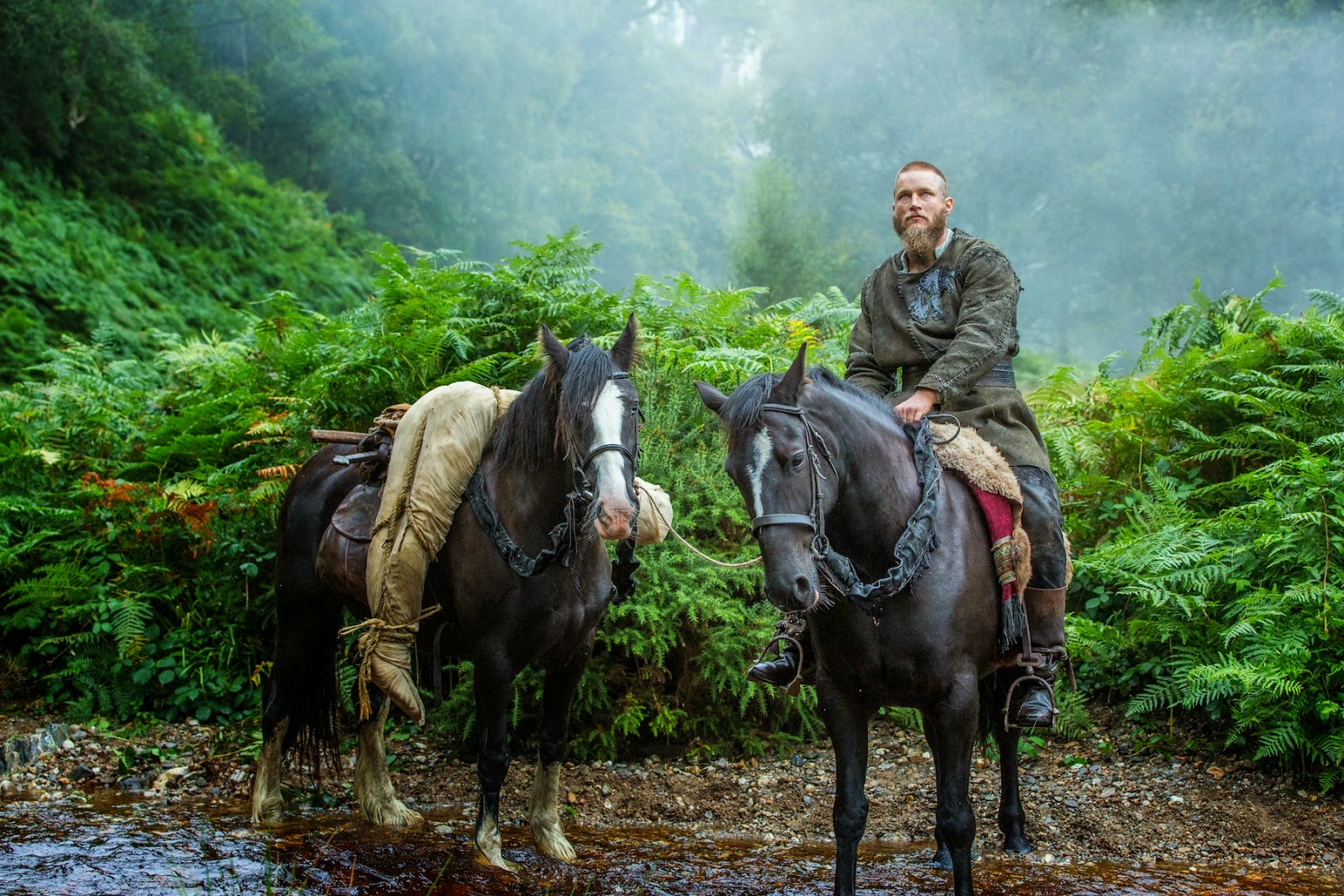 that the gods wish him to make a great offering, he kills Athelstan, thinking his troubles will be over. But Ragnar is inconsolable at the loss of his friend, and Floki has actually gained nothing.
Ragnar says nothing, but I suspected he felt the truth. 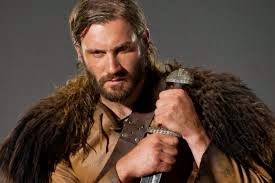 The Viking assault on Paris, although well-planned, is not successful, and the Frankish manage to fend them off, although the Vikings refuse to be defeated. The Frankish ruler is a grandson of the great emperor Charlemagne, although a pale imitation of him. His daughter Gisla is stronger than he is. Before they head to paris, Ragnar's brother Rollo consults the seer, unhappy over the death of Sigi, and learns that he will be very happy with what happens in Paris. Rollo can't see that yet.


Rollo has always been something of a loose cannon himself, and has conspired against his brother before, with the late Earl. He is very  jealous of Ragnar and he perceives him as always getting what he wants, having things come easily to him. At the end of the season, jumping ahead, the main Viking force departs, leaving Rollo and a few others to maintain a presence. An envoy arrives from Emperor Charles, who wishes to make an ally of him, offering his daughter Gisla's hand in marriage, along with lands in the north, and the title of duke. All he has to do in return is to fight against Ragnar when he returns. Hmmm, wonder what Rollo will do?

Okay, back to where I was. As I said, the first fight was unsuccessful, but Ragnar did not give up. He 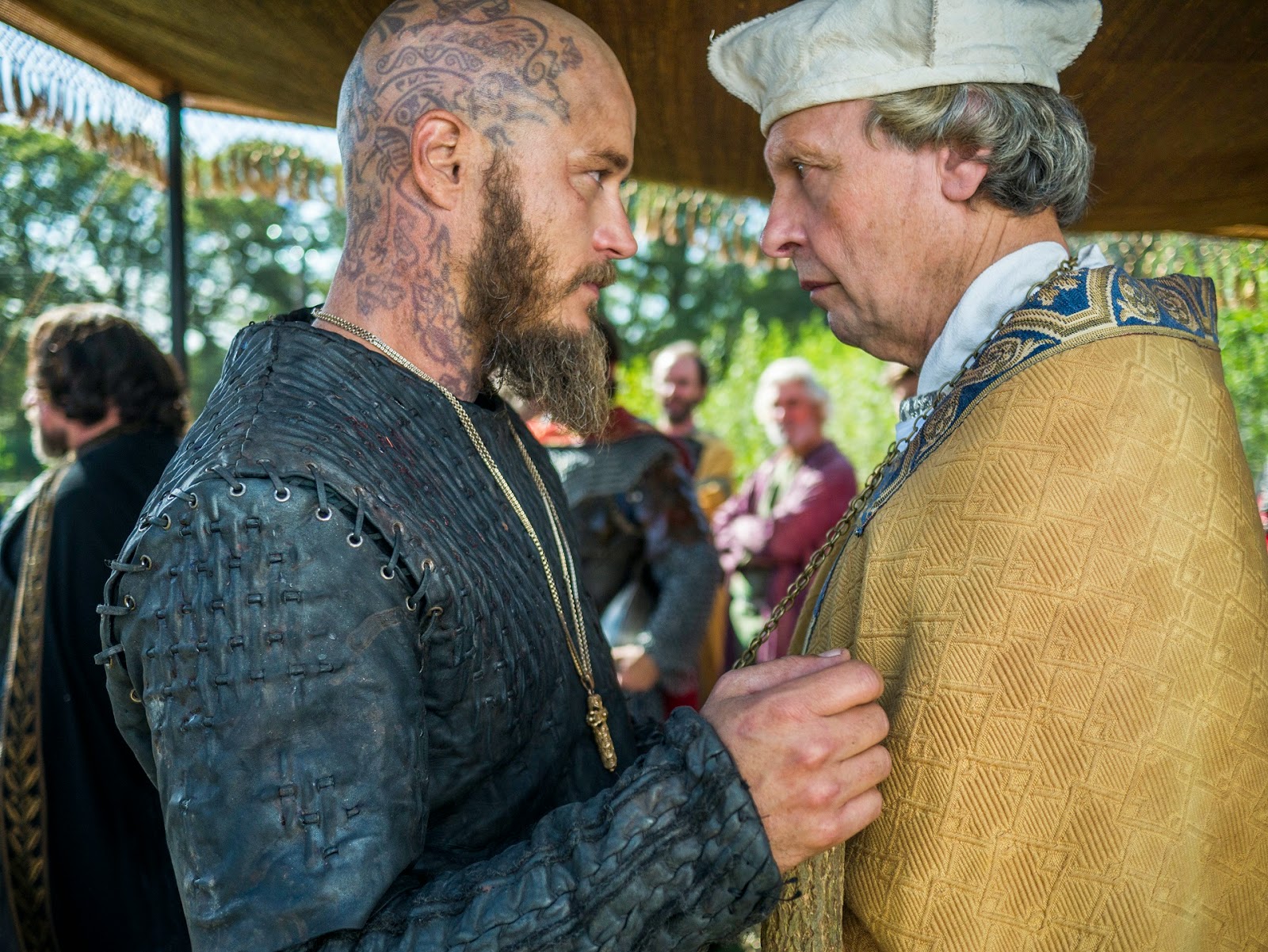 attacks again, with better resulsts. The two sides negotiate, and the Frankish send treasure to the Vikings. Ragnar has another request - he goes to see Count Odo and requests that he be baptized so he can see his friend in the Christian heaven when he dies. Although reluctant, they agree, and Floki and Rollo arrrive just in time to see him baptized, which only serves to add fuel to Floki's rage.

The Vikings, having received their loot, are supposed to leave, but a month later they are still there, and Count Odo is dispatched to find out why. Bjord, Ragnar's son, explains that his father is too ill to move. Odo requests to see, and is taken to Ragnar's side, where Ragnar makes a last request - to be given a Christian burial. Odo gives in.  Ragnar is so ill that those who knows him best have come to make their farewells, from the opposite side of the ship which Floki has constructed, baring their souls to him. When the time comes, the Vikings place him into a wooden box and carry him to the city, to where the court is.

But surprise, surprise, all is not as it seems, and a very alive Ragnar breaks out of the box, takes the princess Gisla hostage, and he and his fellow Vikings exit the city, only to admit their fellows, who loot with abandon. Finally, he releases her, and they depart.

When I thought Ragnar had died, I'd determined not to watch the new season, and I was very upset. But now he's alive, of course I'll watch. For how long, I don't know. He may yet be dying, but he has unfinished business - the last thing he says is to Floki, telling him he knows he killed Athelstan. Something will surely come of that next season, right?

So for now I'm going to watch the new season. But if at any time Ragnar dies, it's all over. I'm still pissed about Athelstan, and the fact he never knew he had a son, who will grow up to be Alfred the Great. Requiescat in pace, Athelstan. 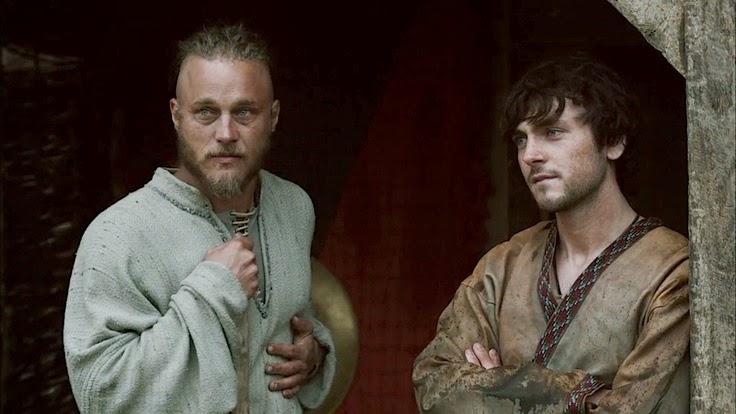 It will be interesting to watch next season as Bjorn's place as the group's leader-to-be is more clearly defined. What of Ragnar's wife, Aslaugh - he knows she slept with another man, can he live with that and with the result of any pregnancy? Will he avenge Athelstan's death and make Floki suffer? Will Bjorn and his wife reconcile?  Stay tuned for next season!

On another slightly different note, while writing this blog post, I discovered that there is a whole lot of Ragnar/Athelstan fanfiction out there! Definite food for thought!