Happy Tuesday! It's time for the Top Ten Tuesday countdown! 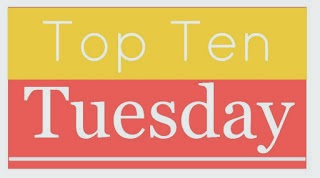 This week, we are free to choose our own topic, so I choose Top Ten Sci Fi books I really love, in no particular order. 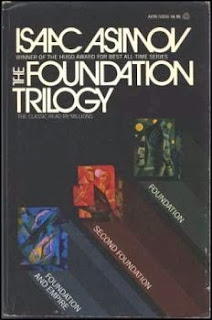 1.  Foundation Trilogy by Isaac Asimov - Yes, I know it's three books, hush. Of these books, my favorite character remains the Mule. He is very complex, and very tragic.

3. Mysterious Island by Jules Verne - Another movie, this one's better. Takes place during the Civil 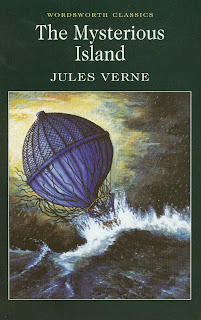 War, with Confederate soldiers who escape from a Yankee prison using a hot air balloon and end up on an island with all sorts of strange creatures. And then there's Captain Nemo, for good measure, played in the film by Herbert Lom.


5.  Titan, Wizard, Demon by John Varley - Yes, that's three books, but they belong together, so I'm listing them together. Sirocco Jones is the commander of a space ship that crashes on the planet Gaea, along with her best friend Gaby. They have no idea what's in store for them. This is so imaginative, especially the race known as the Titanides, and their complex system of inter-breeding. If you enjoy sci fi, you'll enjoy these books.

6.  Dune series by Frank Herbert - All the books are good, but my favorite is God-Emperor Dune. It begins when the Atreides family arrives on the planet Arrakis - Duke Leto, his son Paul, and his wife, the Lady Jessica, who is a Bene Geserit witch. They are there to mine spice for the Emperor (the spice is the life!). Unfortunately, mining melange is not as easy as it sounds. Much of the world is desert, inhabited by giant sand worms, and the people known as the Fremen. If this doesn't sound like enough trouble, throw in the House Harkonnen, under the evil Baron and his two nephews, Beast Rabban and Feyd-Rautha, a trusted friend whose imperial conditioning has been broken, and a gola, and... well, read it for yourself. I also recommend the version of the film featuring Kyle McLachlan, which features Brad Dourif as Pieter deVries and Kenneth McMillan as Baron Harkonnen 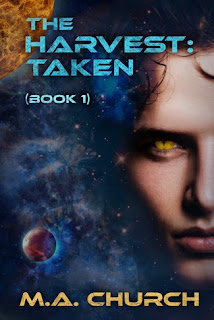 7. The Harvest by M.A. Church - There are two books in this series. It has to do with an alien race that comes unexpectedly to earth because they have a problem. The Tah'narians are no longer able to reproduce. They need DNA from Earth men in order to do so. Earth's leaders agree to help by holding a lottery. Those chosen, between certain ages, will go to Tah'Nar, donate their DNA and come home. Well, it doesn't work like that as Dale finds out. He should have been safe, because he's under age, but as he finds out, he's not. He's wanted by the Tah'Narian starship captain Keyno. This book is full of sex and romance and the second book has mpreg. 'Nuff said lol


8. The Hitchhiker's Guide to the Galaxy by Douglas Adams - A classic hilarious set of novels (I'm including all of them), about Arthur Dent, who only wants to keep his house from being knocked down but ends up going on an intergalactic adventure with his friend Ford Prefect. The plot has to be read to be believed. One of my favorite characters is the two-headed Zaphod Beeblebrox. I loved the BBC series, the movie not quite as much, but it's worth watching.

9. The Martian Chronicles by Ray Bradbury - A fascinating collection of short stories that all revolve around Mars, and manage to weave a story among them. The stories run the gamut from funny to sad and everything in between. My favorite is the House of Usher. Yes, just like the Poe story. Classic collection, could never get tired of reading this.

10. Childhood's End by Arthur C. Clarke - A race of aliens known as the Overlords peacefully take over the Earth and lead mankind into believing it's for their own good. Makes you think. A lot.


I know I have left books out, but hey, I could only name ten, right? Otherwise I might mention Sandman by Neil Gaiman or Neuromancer by William Gibson or Watchmen by Alan Moore or Frankenstein by Mary Shelley or all kinds of stuff by Kurt Vonnegut, or Stephen King, H.G Wells... well, you get the picture.

Want to see who else is taking part in Top Ten Tuesday?  Go here.
Posted by Julie Lynn Hayes at 12:01 AM