One of these hexenbiests needs to go... and I don't mean Adelaide

Well, the series finale of Grimm has taken place, and what an interesting season it's been, although I admit to missing Trubel for most of it. **SPOILERS AHEAD*** 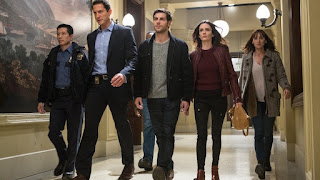 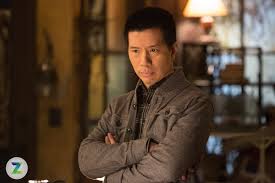 Long oblivious to the world around him, this season saw Sergeant Wu enlightened as to the truth about Wesen and become a part of the team. An enthusiastic part, now that he no longer thinks he's crazy because of the things he's seen.


Captain Reynard had issues of his own to deal with. Shot and almost killed last season - I take that 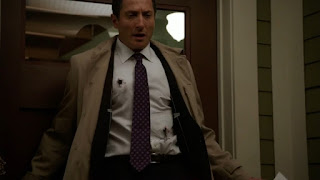 back, he did die, and his mother brought him back - now he is suffering from the strangest flashbacks, where his healed wounds inexplicably bleed, and he wakes to find himself in strange places with no knowledge of how he got there. Turns out that when he died, he crossed paths with the spirit of Jack the Ripper, which possessed him and caused him to start murdering whores in Portland. Luckily, Rosalee and Monroe figured out how to save the captain and vanquish his alter-Cockney self.

Adelaide has not had an easy time of it herself. She discovers she's pregnant again - with Nick's child! And she's still being used by the Royals, even as she works to recover her stolen child. I, for one, think they were totally in the wrong to kidnap the child, and place her with Nick's mother. Judging by past performance, I don't think much of her as a mother. I'm sorry, but she abandoned Nick, for whatever reason, and I don't like her. Didn't like her. Yes, past tense.

The royals used Juliette to lure her to Nick's  house, and then t hey decapitated her and presented her head to Nick in a box, on the same night that Trubel returns.

And now here we come to the crux of the matter, what for me was the ruin of this season - the situation with Juliett. As you might recall, because of the potion used to change her into Adelaide so Nick would become a Grimm once more, Juliette became a Hexenbiest. The gang do everything they can to help her, but when they concoct a formula for her to drink, which will allow her to control the hexenbiest within, she destroys it, declaring she likes who she is. Suddenly, she's becomes Miss In-Your-Face, Miss Loose Britches, and Miss Super Bitch, all tied up in one loosely wrapped bundle. She tries to kill Adelaide, esp after she finds out she's carrying Nick's baby. She acts like a ho in bars and gets off on using her power. She treats Nick and all his friends like shit, and even moves in temporarily with Captain Renard (shades of the past!) 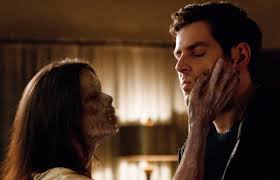 One of the worst things she does, besides getting Nick's mom killed, is she goes to the trailer and torches it, losing them valuable reference material and weapons.

This change in Juliette is both upsetting and bizarre... and totally inexplicable. Why are they doing this? It doesn't even make sense. Granted, she was never my favorite character before, but now I loathe her. I even like Adelaide better, and I never liked her. Not that I want Nick and Adelaide to get together, but they should at least get along, they're having a baby.

I hate what they've done to Juliette, and to be honest, I'm beyond tired of it. She really crossed a line when she torched the trailer, and then setting up Nick's mom and working with the royals to kidnap the child.... that was beyond reprehensible. I don't see how she can come back from that, or how Nick can possibly forgive her. I don't think she really wants to be forgiven. All I ask is that she die horribly and quickly next season, and please, take the Royals with her. I'm tired of them too.

Guess only time will tell.
Posted by Julie Lynn Hayes at 12:01 AM