Happy Wednesday! Time for another Silver Flash, brought to you by the authors of Silver Publishing.  This week's prompts were courtesy of our Guest Prompt Diva, Reese Dante, making her third appearance in these proceedings. What she gave us was:    That came out of nowhere.

For alternative prompts, I chose:  springtime for Hitler or
use these three words: camp, Venice, ostrich or
incorporate a crossdresser into your story in some way
The saga of Dallas in Wonderland continues with the fourth episode today. As you may recall, Dallas it sitting with his 7 year old nephew, Oz. Enjoy! And don't forget to check out the other flashers, whose links appear at the end of my story. 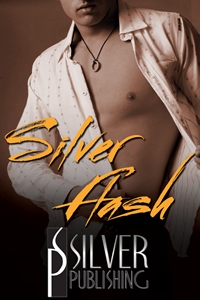 Dallas in Wonderland #4
Dallas walked slowly up the stairs, glancing back every so often. No sign of anything or anyone. Shaking his head, he re-entered his apartment. “Hey, Oz,  I have an idea. Pack your stuff up, we’re going to take a trip.”
His nephew inquisitively raised his eyebrows. Oz was a dirty blond, much like Dallas.  They also shared a narrow chin, and hazel eyes. Sometimes people mistook the boy for his son. Dallas generally didn’t bother to correct them. Oz’s actual father was unknown and likely to remain that way, knowing his sister.
“Just to the park. It wouldn’t hurt either of us to get some sun.”
Oz shrugged and collected his things. “Mom acts like you live in a demilitarized zone or something. She warned me to stay inside.” He zipped the bag and grinned at his uncle. “At least that’s what she said.”
“Hunh, is that so? I’m impressed she even knows the word. C’mon.” He tousled Oz’s hair. “If we see any terrorist activity, we’ll hoof it back here, how’s that sound?”
“How will we know if they’re terrorists or not?” the practical child asked.
“Well, if we see someone lobbing grenades, we’ll just make that assumption and not ask stupid questions.”
They shuffled down the three narrow flights of stairs, single file. On the first floor, a door opened and a face peered out. A young woman, hair tied up in a cloth on top of her head. She smiled at Dallas, self-consciously reaching for her cheek, leaving a smudge behind. Her eyes darted to the young man with him.
“Oh hello, Dallas.”
“Hey Kelly,” he greeted her. “Not working today?”
“It’s my day off. Well, my day to work around the house,” she amended, laughing. “Who’s your friend?”
“This is my nephew Oz,” he explained. “We’re just heading out to the park to get some sun.”
“Ah, good idea. Better get it while you can. Cold weather’ll be here before we know it.”
“Isn’t that the truth?” He held the front door open, and Oz slid past him. “Have a good day,” he politely bid her before following his nephew.
“You too,” she called after him. He heard her door close just before he hit the front step. A question lay on the tip of his tongue, and for a moment he considered retracing his steps, asking her. But then he dismissed it, as he steered Oz down the street to the park.

“Who’s she?” Oz asked, glancing back toward the apartment building. Dallas directed his attention to the street.
“Watch where you’re going,” he cautioned, before adding, ”My neighbor. One of them, anyway.” They’d met casually, running into one another, usually in the course of coming or going.
Conversation had ensued, Dallas managing to piece together enough of her story to know she was engaged to an up and coming rock musician and worked as a secretary for some law firm. He assumed it didn’t pay very well, hence the cut rate digs. He’d never even seen the boyfriend, but he was grateful for his invisible presence. If not for him, he’d think she was hitting on him, and that would just be embarrassing for everyone.
Other people were also taking advantage of the warmth of the day, their children scampering about the various pieces of playground equipment. Dallas watched as Oz gave them a quick glance, sizing them up, before setting his figures up in his own area.  Dallas claimed a bench nearby, but not too close. The worst thing a parent—or uncle—could do, he’d learned, was to act as though he was actually with the young person in his charge. So he stayed within visual range, but far enough away that Oz could pretend he didn’t know him should the need arise.
He wondered if Dr. Levi was married. Or if he had children. Wow, that thought came out of nowhere. Dallas frowned. He wasn’t the kind of guy to become obsessed with a stranger. At least he hadn’t thought he was. He might have to reevaluate that opinion.
Pulling himself out of his brief reverie, he noticed that Oz had made the acquaintance of a young boy who appeared to be about his age. Oz was showing him his musketeers. Dallas smiled at the sight. He leaned back on the wooden bench, relaxing. Maybe they’d stop and pick up a pizza for dinner. Watch a movie. He could stand to sit through Transformers again. Or X-Men. He just hoped Paris remembered to pick her son up on time. They both had school. And Dallas had to work the next night.
Something prickled at the back of his neck. He slapped at it without looking. When it happened again, Dallas became annoyed. Wasn’t it too late in the season for flies to be biting? Certainly too late for mosquitoes. He pulled his hand away and looked at it, to see what sort of insect it had been.
There was nothing in his hand.
He turned his head, glancing at the other parents. None of them seemed to be troubled by the bothersome insects. Lucky him. Maybe it was something in his blood that attracted them. Quentin always said he was too sweet for his own good.
Damn, why’d he have to think about that asshole now? No reason to ruin a perfectly good day, was there?
“Pardon me, but is that seat taken?”
The most disquieting feeling of déjà vu overtook Dallas.  His neck began to prickle, but not in the same way as before. More of a hair standing on end kind of way. He shifted his position on the bench, slowly moving his head. But he already knew what he’d see.
Dr. Levi stood just behind the bench.  In a silk dress.
Dallas’ jaw dropped at the sight of the elegant figure. The doctor made him an elegant bow, hand clasped together before him.
“You look good enough to eat!” Dallas blurted out.
Did he really just say that?
to be continued
And now for the other Silver Flashers!
Thanks for stopping by,  hope to see you  next week!
Until next time, take care!
♥ Julie