Sci Fi Sunday - A Salute to the Men OF DS9

Happy Sunday and welcome to another edition of Sci Fi Sunday! Today we are going to take a look at those wonderful men from Star Trek Deep Space Nine. Enjoy! 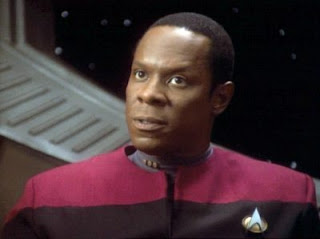 Avery Brooks as Commander Sisco, commanding officer of DS9. He started the series with hair, but somewhere along the way he shaved it off. 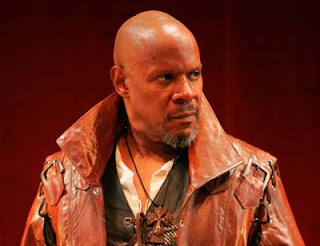 Not sure what this is from, but it's a good picture of him. 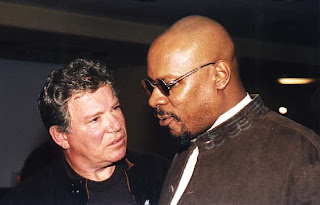 And here he is with William Shatner.

Officer Odo was in charge of security. He was a shapeshifter, before the term was applied to other creatures, such as werewolves. He was able to shift into objects of any kind, and had to spend a certain amount of time in a bucket in a liquid state. Hard to recognize Rene Auberjonois under that make up! 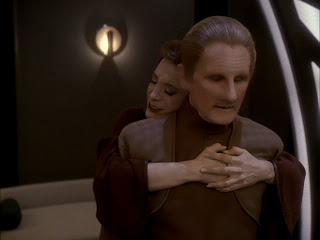 There was something obviously between Odo and Kira Nereis, but Odo wasn't much of one for romance. Or relationships. He was always trying to catch Quark in the act, but by the end of the series, he gained a grudging respect for the Ferengian bar owner. 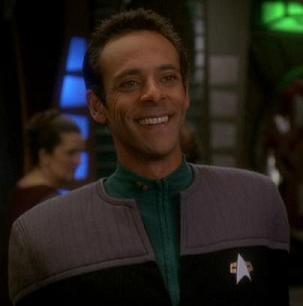 Everyone liked the genial Doctor Bashir, who could be rather naive at times. He had a thing for Jadzia Dax, but she ended up marrying someone else. I believe he ended up with Ezri Dax later. I could never warm up to her. 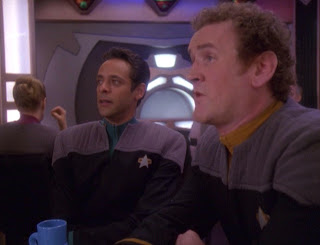 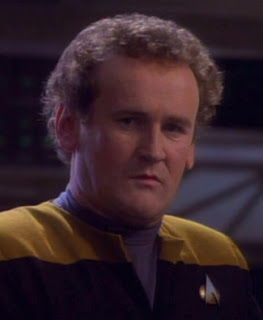 O'Brien was on Next Gen before DS9. He was married to Keiko, and they have a little girl named Molly. You can find him on AMC's Hell on Wheels as a ruthless railroad builder. 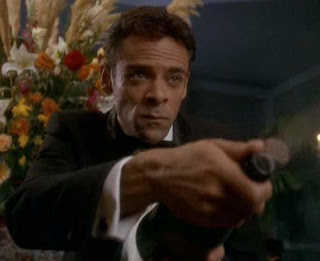 Another picture of Dr. Bashir from his imaginary spy adventures in the holo suite. 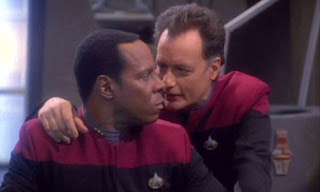 Can't forget Q, also seen on Next Gen. He was mischievous and troublesome. And charming. 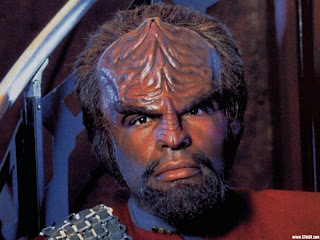 Here's Commander Worf. I know some people thought him standoffish, but I liked him. 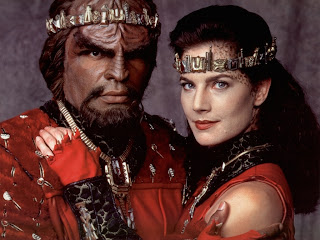 Yes, he's the one who stole and married Jadzia Dax. 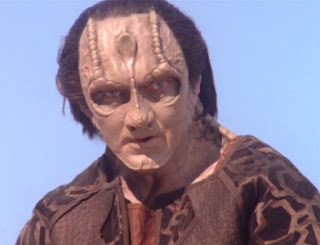 Garak. On the surface a simple tailor on DS9. In reality, a spy for the Obsidian Order. Very complex, and very fascinating. He became a good friend of Doctor Bashir. Played by Andrew Robinson, who was the bad guy in Dirty Harry, and was also in Hellraiser.


Now for my favorite character of all - Quark. Unscrupulous, sharp, businesslike and opportunistic, still - he had something good deep inside. Best character ever. 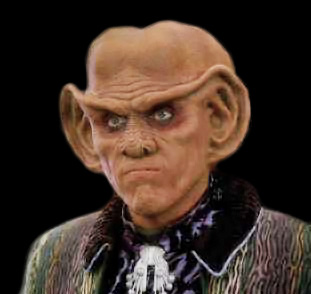 Quark was played by Armin Shimerman, whom you might remember from Beauty and the Beast. Usually seen beating on the pipes belowground.

Who's your favorite DS9 character? I'd love to know!