Welcome back my very good friend, fellow author, and co-author, Chris T. Kat, who has written a sequel to the amazing Breeding Stations! Go, Chris! 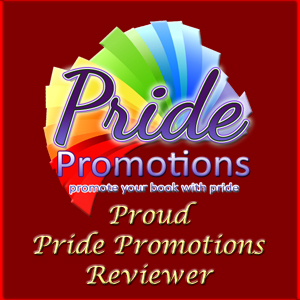 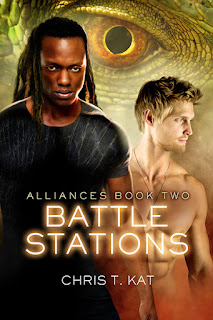 While fighting Tash’Ba war beasts on yet another planet, Berit becomes separated from Tom, Carson, Niyara and the rest and fears he’s about to become elgoth chow. But someone must be watching out for small spunky commanders, and Tom arrives to save the day. A joyful reunion with the rest of the crew is marred by the knowledge that Berit was targeted by the beasts for a particular reason—one which doesn’t sit well with any of them.

This mission has Berit more shook up than usual, and Tom is determined he will get a break before they take on another. When Tom learns that Berit has been avoiding his counseling sessions, he isn’t pleased, and Carson wonders how he got away with not doing something so mandatory. Just Berit being Berit.

Berit, Tom, Niyara, and Carson return to the ship, and unpleasant accusations begin to fly from one of Berit’s previous one-night stands. Why is he so obsessed with Berit? And what lengths will he go to to get his attention?

Things go from bad to worse. The Tash’Ba queen has her sights set on Berit, but why? And what has been done to the beasts to change them? Will they have to start from square one in order to obliterate them? And do they have enough time to do that before doom comes down on the whole human race?

The second book in the Alliances series is every bit as good as the first, continuing where the other left off. Berit is just as spunky and mouthy as ever. The only difference is he’s settled down with Tom, instead of being a sleep-around kind of guy, even if he isn’t exactly ready to admit it yet.

I love the relationship between Carson and Niyara, especially with her being pregnant. I love how she is the dominant one, and how Carson comes to accept that and doesn’t let his fragile male ego get in the way. A lot of m/m books blow women off as almost non-existent, which is so impractical it’s not funny. Hello? There are women in the world, men do not exist in a vacuum, much as some of those authors seem to wish. Relegating them to bitch roles or second bananas is just not very nice (especially as most of those m/m authors are women). Ms. Kat develops a very satisfying secondary m/f relationship which I thoroughly enjoyed. I also love the affection between Berit and Carson, the deep love they share which has never been and never could be physical, thus showing that men can be friends only, just as women can.

I also love the developing relationship of Rene and Ylkurt. Rene lost his beloved wife in the first book, and then learns that Ylkurt—who is male—is his mate. That’s a bit much for a previously hetero male to absorb. But time does heal all wounds, and true love will find a way. Along these same lines, there is Jazzy, Fleur’s baby, who is growing up and has formed an outside bond of her own.

The stars of this book are Berit and Tom, of course, and their relationship. I love seeing them together, love seeing how much in love they are, and to what lengths they will go to in order to protect one another.

Action, romance, suspense, mystery… this book has it all, including memorable characters who will stay with you long after the last page has been turned. I highly recommend this book, but be sure to read the first one first, in order to gain the whole experience. You’ll be glad you did!

Release Date: October 12, 2015
Blurb:
The fight to eradicate the Tash’Ba breeding stations continues, with spunky Commander Berit Turner and his Nadisc mate, Tom, in the thick of things. Sometimes it seems as though they’ll never locate and destroy them all. And there’s always the fear that the Tash’Ba have something else, something worse—if that’s even possible—lurking ahead.
As if things aren’t bad enough, Berit’s less than stellar past is threatening to bite him in the ass, and they’ve received alarming new information. The Tash’Ba Queen needs to use Earth as a place to hatch the egg of her successor. And if what she says is true, the new Queen will be even more voracious and cruel than her predecessor.
Berit, along with his team—Tom, Carson, Niyara, and Fleur—must do everything in their power to stop her. If they fail, Earth will be lost forever.
Pages or Words:

Excerpt:
Veering to the left, I allowed myself a quick glance over my shoulder. Not that I saw any chance of the elgoth having lost interest in me, because those fucking beasts never lost interest once they’d set their sights on prey, but sometimes a new prey might attract them more, which I’d have welcomed right then.
My lungs burned and my leg muscles smarted like hell from running like a rabbit through thick brushes and overgrown ferns. I even zigzagged around. Too bad I couldn’t find a rabbit’s hole to hide in.
I had no idea where Tom, Carson, and the rest of the team were, either.
We’d been separated before—it happened when gigantic Tash’Ba war beasts decided we looked good enough to eat—but I’ve never liked it. No, scratch that. Every time it happened, it put the fear of God in me. A gust of warm breath, mingled with some spittle, sprayed my neck. I squeaked and swerved to the right, vaulting over a stunted tree trunk. Seconds later, wood splinters sped past my head, and I lost my footing on the vibrating ground.
I sprawled facedown in the mud, panic sending bolts of confusing messages through my body. Maybe… maybe if I kept completely still, the elgoth wouldn’t touch me? The first time I’d made the acquaintance of one of these towering forty-foot-tall creatures, Tom had instructed me not to move, because they wouldn’t be able to locate us.
It had worked on Ligador and a couple of other breeding stations, but last time a team member tried this approach, the elgoth had roared and ripped him apart. All Tash’Ba war beasts seemed to be altering their tactics, making them even more unpredictable than before.
The mud around me sloshed, almost causing me to inhale some of it. I suppressed the urge to cough and kept my mouth shut as tight as I’d ever done, even though a whimper threatened to spill over my lips any second.
Another gust of foul breath struck my neck. My hair stood on end, my muscles locked in some kind of rigid stupor. That was it. I’d end my life as a morsel for an elgoth.
A blast echoed from the south, and the beast’s breath vanished from my neck. Gunfire followed the blast, and voices filtered through my terrified haze. They’d run right into the elgoth if I didn’t warn them. But… if I moved, or raised my voice, the elgoth would bite my head off. Literally. 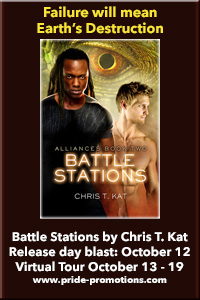 Meet Chris T. Kat:
Chris T. Kat lives in the middle of Europe, where she shares a house with her husband of many years and their two children. She stumbled upon the M/M genre by luck and was swiftly drawn into it. She divides her time between work, her family—which includes chasing after escaping horses and lugging around huge instruments such as a harp—and writing. She enjoys a variety of genres, such as mystery/suspense, paranormal, and romance. If there's any spare time, she happily reads for hours, listens to audiobooks or does cross stitch.
Where to find Chris T. Kat:
Facebook: http://www.facebook.com/ChrisTKat
Twitter: http://twitter.com/christi_kat
GoodReads: http://www.goodreads.com/ChrisTKat
Blog: http://christikat.blogspot.com
Amazon Author Page: http://www.amazon.com/Chris-T.-Kat/e/B008FQQH2Q