Of Food and Poison

Sound like strange bedfellows, do they? Well, that is sadly not always the case.

In last night's Network Food Star, the three teams were set to work with guest chef Guy Fieri, of Diners, Drive-ins and Dives fame, each team to put on a live TV show, before a live audience, and each chef on the team to make and speak about their dish.  Guy gave each team a different theme: Team Alton received Halloween, Team Giada got Game Day, and TeaM Bobby cooking for kids. **SPOILERS AHEAD** 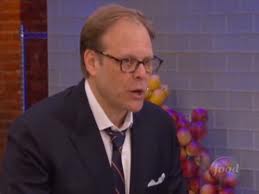 For Team Alton, Justin made fish skeletons, which fit the theme perfectly, and were delicious. Emily (the 50's retro lady) made applesauce that she put into cute little jars. Judson made vegetarian chili. On Team Giada, Yvan made chicken wings that were well received, Ippy did teriyaki sliders, Martita vegetarian quesadillas, and Linkie made cookies that resembled footballs, that the judges loved. On Team Bobby, Nikki made a spinach, kale and Greek yogurt smoothie (for kids? seriously? Obviously she has none) , someone else made chicken skewers. The idea was that one team would be safe from elimination, but the judges decided it was too close, and gave immunity to two teams, leaving Team Alton to face elimination. team Alton was given darts to throw at a map of the country and told to make a dish from whatever state they hit. Justin got Nebraska and Emily Arizona. Martie wanted the South but her faulty aim left her in Pennsylvania, and Judson got Arkansas. 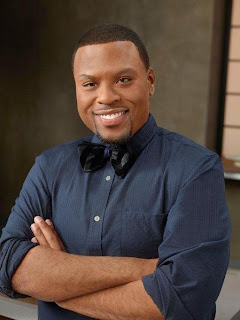 I forgot to mention that when Team Alton did their live presentation, they had an allotted time per chef, but Martie, as usual, ran her mouth, leaving Emily with less time than she should have, but she did what she needed to, and with good grace. In the Judge's Challenge, Justin and Emily were declared safe, so it was between Judson and Martie, and Judson was sent home.

Judson seemed like a nice guy, but I didn't think he had what it takes to be a Food Network Star. Neither does Martie. I'd never watch a show she hosted. I despise Nikki a lot, and also Martita. My favorite is Justin. I like Ippy, but I don't think he'll make it. I like Emily too, and Michelle, but they seem to be regressing. Linkie I'm not sure of, but I don't think she has it, and even though I like Yvan, he doesn't either. At this point, Malcolm is a dark horse, but I have to say I doubt it.

Looking ahead, next week's guest judge left me doing some squealing and heavy breathing (as my Sarah would put it - my pantsu dropped at the sight of him lol). So next week, be sure to tune in to see Iron Chef Geoffrey Zakarian grace your screen! 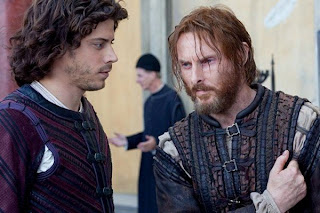 There is only one episode of the Borgias left.  ***SPOILERS**** In last night's episode, a lot happened. Juan is getting worse, slowly being destroyed by syphilis and eaten up with jealousy because he knows his brother is so much better than he is - he turns to opium to alleviate his pain and take him away from the real world, although it brings delusions with it, such as the idea that Cesare and Lucrezia are intimate, and the child was a result. He also knows that Cesare knows the truth about Forli, especially after Cesare tells him that Caterina Sforza's son is alive and back home. Lucrezia's would-be fiance approaches the Pope and says he cannot marry her. When asked why, he points to his brother, who promptly requests Lucrezia's hand. It is refused and Rodrigo is pissed, to say the least. Cesare, in Florence, challenges Savanarola to an ordeal by fire, and afterward drags the heretic back to Rome, where he has already been excommunicated. Cesare is past tired of Juan, and when he witnesses him almost drop Lucrezia's child from a balcony, he decides enough is enough. He stabs Juan, and together he and Micheletto dump him into the Tiber. The Pope also has a new food taster, seeing as the last one drowned. He unwittingly picks the chosen assassin of Della Rovere. Next week should be very interesting. 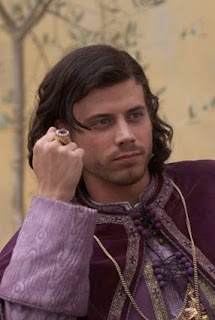 I can't believe the season is ending already, seems like it just started. At least I have season one on DVD, thanks to Sarah, and can enjoy it again and again.


That's all for now, but next time I want to talk about Hostel III and Ouran High School Host Club.