Please welcome author Stephanie Burkhart, who is here to talk about her newest release, The Wolf's Torment. Stephanie will be awarding a $25 Amazon GC to a randomly drawn commenter during the tour. The more you comment, the better your chances of winning. To find the rest of her tour, go here.

The Wolf’s Torment
by Stephanie Burkhart 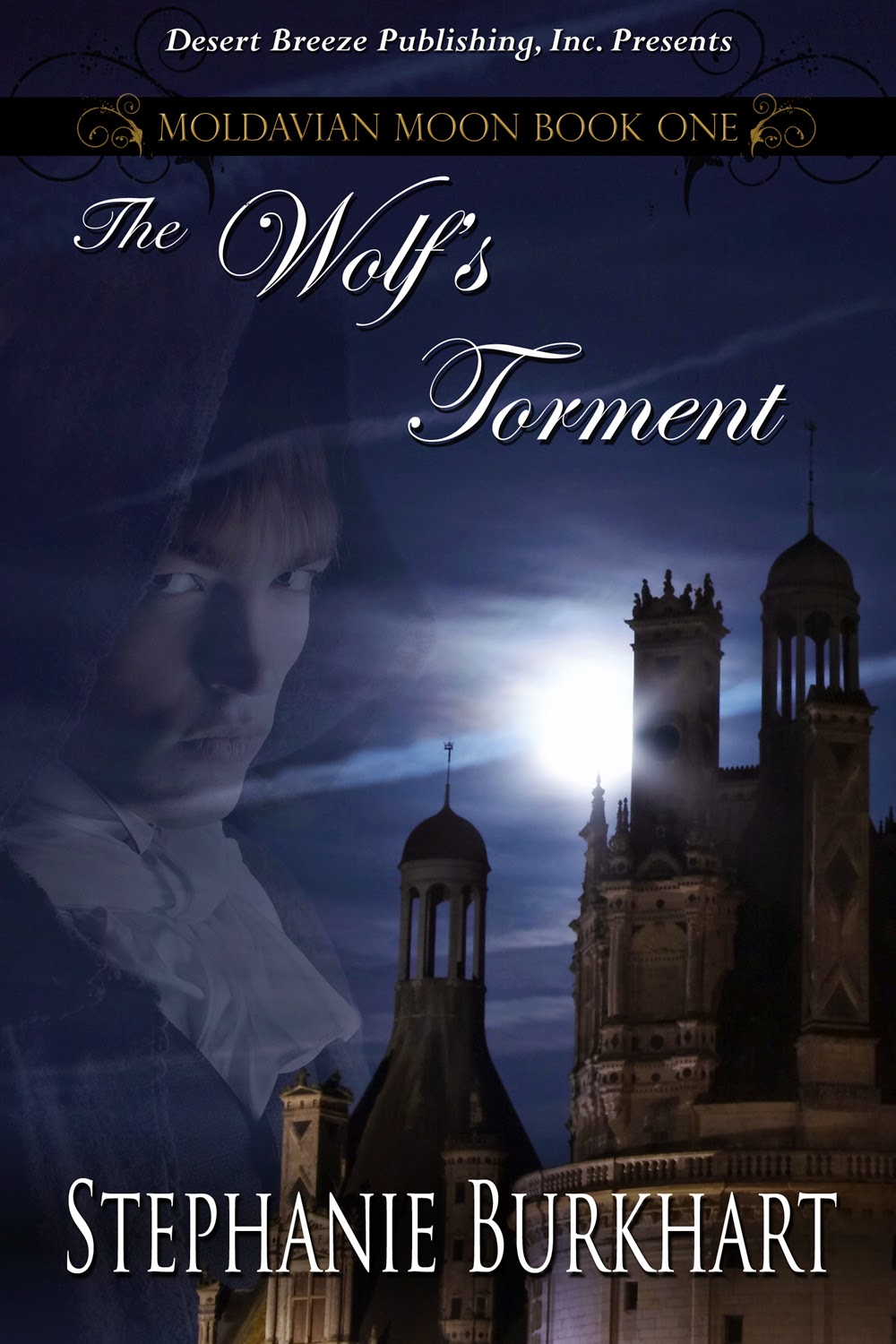 It's 1865 and Moldavia is a country nestled against the shores of the Black Sea. Lady Theresa travels from Austria to this country that's haunted by tales of vampires and werewolves. She's going to marry the Crown Prince, but she harbors her own unspoken secrets.

Prince Mihai has just returned to Moldavia to discover he's a witch. He's intent on being a good husband and modernizing his country, but he must find a balance with his supernatural heritage. His best friend, Viktor, accompanies Mihai and marries Mihai's sister. In an unfortunate twist of fate, a werewolf bites Viktor.

Viktor's transformation threatens everyone around him, including his wife's safety and Mihai's happiness, but he's especially dangerous when he's near Theresa. Can Mihai save his family from Viktor's lies and deceptions?

Tybeski nodded and walked out. Now alone, Mihai escorted Sonia to the sofa and sat
down next to her. Viktor stood behind the leather-bound chair adjacent to the sofa, bracing his hands on the headrest, keeping a certain distance between them.

"Sonia, tell me what happened."

"Viktor is a werewolf."

"What? Impossible!" Mihai got to his feet, a wave of nervous apprehension threading
through him.

"It is possible, Mihai. A wolf named Bane bit me on our honeymoon. I have transformed," Viktor said quietly.

Mihai lunged at his friend, grabbing the right lapel of his frock jacket. His nostrils were distended with shock, coupled with fear. For him. For Sonia. For Moldavia.

"How could you? You were armed!"

"Mihai, no, don't harm him. He tried to fight them, but they overpowered him." Sonia got to her feet and clenched her fists against his chest. "You have to help him -- you're a witch, after all. You have to teach me to help him."

Mihai took a step back, his body as tight as a bowstring. Yes, he was a witch, but he had no idea what to do. He was no teacher.

"I must go to Mulfaltar the next full moon and meet with my maker's pack," said Viktor.
Mihai slowly ran his gaze over Viktor. Sonia was right. His eyes were no longer soft and kind, but hard and edged.

"Are you a danger to Sonia?" 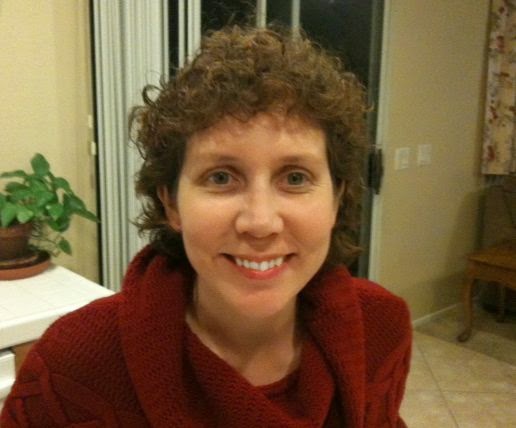 Stephanie Burkhart is a 911 dispatcher for LAPD.  She was born and raised in Manchester, New Hampshire.  She served 11 years in the US Army and currently calls Castaic, California her home. Stephanie was married in Denmark in 1991 and has two young sons. She adores chocolate and is addicted to coffee.  She writes paranormal, contemporary, and steampunk romance and has two children's books published with 4RV Publishing.

Buy Links for The Wolf's Torment: 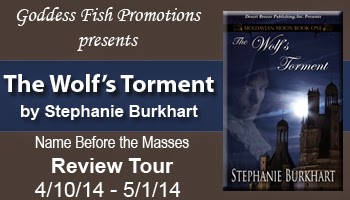 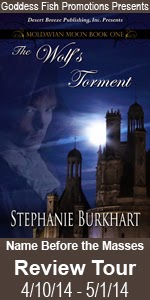