Good morning and Happy Monday! Please welcome author Barbara Longley today, who is going to tell us about her new release, The Difference a Day Makes. This is just one stop on her tour, so please don't forget to check out the other stops here. Two randomly drawn commenters will each win a $10 Amazon GC. The more you comment, the better your chances!

THE DIFFERENCE A DAY MAKES
By
Author Name

Ryan Malloy has lost it all. After his fiancée dies in a tragic accident, he enlists in the army, only to lose his best friend in a roadside bombing. Wracked with guilt and grief, Ryan finds life unbearable—until a job offer from his former commander gives him a glimmer of hope. And in the tiny town of Perfect, Indiana, the man who thought he had nothing left to live for meets the only woman who can tempt him into risking his battered heart one last time...

Paige Langford has it all: wealth, beauty, and ambition. But when her boyfriend’s betrayal leads to the loss of her job and her reputation, she retreats to her brother’s rural Indiana home to regroup. There she meets Ryan Malloy, a gruff, hard-drinking loner whose surly temper can’t hide the haunted misery in his eyes. He is everything Paige never wanted, yet he may be exactly what she needs—if only they can overcome their personal demons to forge a love strong enough to save them both. 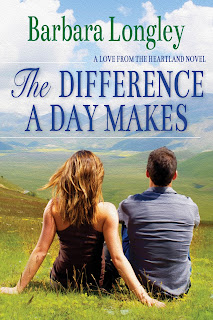 “Hi, honey. I’m home.” Ryan’s voice reverberated through the stillness, bounced off the bare walls, and came back to mock him. He set his lunchbox on the kitchen counter and leaned over to retrieve his supper from under the sink—a brand-new bottle of Johnnie Walker Red.

Gripping the bottle by the neck, he moved to the living room and set it on the coffee table next to his vintage .357 revolver, the letter he’d written to his folks, and the picture of his platoon, Task Force Iron, First Armored Division, Fourth Brigade. One more item, and he could begin his nightly ritual. He retrieved the snapshot of Theresa from his billfold, laid it down, and took his place on the couch.

Theresa. Reaching out, he traced the laminated photo with his finger. His throat tightened. God, he missed her. How different his life would be if he hadn’t insisted they go riding that morning five years ago. He’d be coming home every evening from some swank advertising agency job. They’d have a couple of kids by now. A family. His family. He’d be surrounded by love instead of this soul-sucking loneliness.

Ah, but he wasn’t entirely alone, not if the hollow-eyed ghosts plaguing him counted. He closed his eyes, and images from the suicide bombing near Mosul played across his shattered mind. 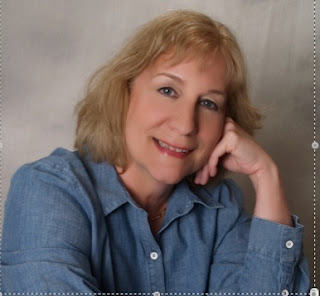 As a child, Barbara Longley moved frequently, learning early on how to entertain herself with stories. Adulthood didn’t tame her peripatetic ways: she has lived on an Appalachian commune, taught on an Indian reservation, and traveled the country from coast to coast. After having children of her own, she decided to try staying put, choosing Minnesota as her home. By day, she puts her master’s degree in special education to use teaching elementary school. By night, she explores all things mythical, paranormal, and newsworthy, channeling what she learns into her writing.

Posted by Julie Lynn Hayes at 6:34 AM