Highs and lows - separating the good from the bad

If I wanted to be evil, I'd tell you something like guess what? I just got signed with Random House for a six novel contract! And then follow it up with April fools!

But I won't, because that would be silly. Plus, when it happens, I want to be believed, not have everyone put it down to a trick or joke or something. So I'll just move on and talk about other stuff, because Random House hasn't signed me. Yet.  *grins*

There's a great new series on History Channel that I look forward to every week. It airs on Sunday nights 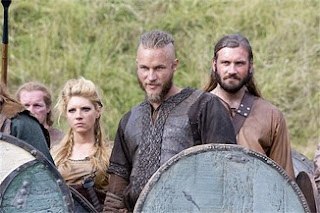 but I record it and watch it Monday mornings. It's called Vikings and stars that gorgeous blond Travis Fimmel. I always thought Travis was hot, but he's matured into a very good-looking man. He plays a Viking named Ragnar, married with two children, and he has a brother Rollo (standing to his right, in the picture). He lives in a village presided over by their chieftain, the Earl, played by Gabriel Byrne. The Earl is not a nice man. He tells them where to raid, and takes his share of their booty. But when Ragnar says they should go west, rather than east, the Earl says it can't be done and won't listen. So Ragnar has his friend Floki build him a boat, assembles a crew, and heads west, proving the Earl wrong by sailing to England. They raid a monastery, bring back the spoils, including some monks as slaves, but the Earl confiscates most of it. Ragnar ends up with one of the monks, Athelstan, as his slave. Athelstan speaks their language, having traveled some. I really really enjoy this show. It's doesn't sugarcoat the Vikings, it presents them as they were, and I definitely recommend it, even if some claim there are historical inaccuracies. Floki is played by Gustaf Skarsgard and yes, he's one of those Skarsgards, brother of Alexander and son of Stellan. Great pedigree, and Floki is a very interesting character.

Recently, A&E premiered Bates Motel, a series which looks at the life of the young Norman Bates, of Psycho fame. I was confused as to why they updated the time frame of the series, since Psycho was in the early 60's, and I assumed this would take place before that. But they moved it to modern terms, perhaps thinking the audience wouldn't connect if they didn't. I watched two episodes and decided I couldn't connect, not for that reason but because I didn't find it particularly interesting (if you watched Deadwood, Dan shows up in the first episode as a former owner of the motel). So I've already stopped watching it. Ditto with Cult. I watched that basically for Robert Knepper, but after two episodes even he can't keep me watching. The main character is played by the actor who played Alaric in Vampire Diaries, and this is also a CW offering. Note to self: Stop watching the CW, it never ends well.

Hannibal premieres Thursday night on NBC, and we'll be watching, and hoping. I have to say I'll be really critical if they don't do this right, since I am a huge fan of the books and the movies and won't tolerate anything second-rate or half-assed. The previews aren't enough to tell me what it's really like, so we'll just have to see. I'm still unhappy with them over what they did to Awake and Do No Harm. 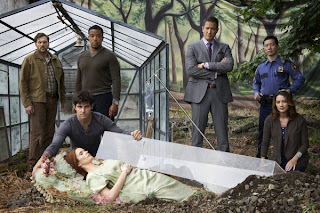 Grimm is back on Friday and doing well. I love this series so much!  *SPOILERS AHEAD*** Nick found out about Juliet and the Captain, and Rosalie is helping everyone to get back to where they were. Juliet is having hallucinations as her memory returns, and Monroe accidetnally let it slip about the trailer, so she insisted on going there. Meanwhile, the Royal Family is trying to get the key and things are really heating up.

Once Upon a Time is leading up to the season finale. ***SPOILERS AHEAD*** Mary Margaret is torn 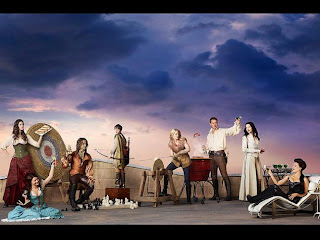 apart by her part in the death of Cora, Neal's fiance is in town and she is not what she appears to be - she knows about the magic in the town, even though she pretends not to. She knew August from before and she is involved with Owen, who is searching for his father. August was changed back to a real boy, but unfortunately he was unable to warn about her. I'd love to see Hatter come back, but I suspect Sebastian Stan is busy filming the new Captain America.  I wonder if Bucky will show up in the Avengers films at some point? 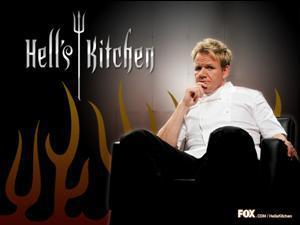 Not much going on with the cooking shows - still watching Chopped and Restaurant Impossible. Chopped All Stars starts soon. Watching Kitchen Nightmares and Hell's Kitchen. Oh yes, new season of Hell's Kitchen started. ***SPOILERS**** There was a very obnoxious woman named Gina who had a puppet she annoyed the others with. I was hoping she'd get sent off by Chef Ramsey, but she didn't. However, she did just up and quit one day, next best thing. Usual fights and stupidities and yelling from Gordon. So far entertaining.


That's about it for now, back to my writing. I'm finishing Trapped in Time for eXtasy, and I want to work on more Stan and Ollie.

Have a great day!