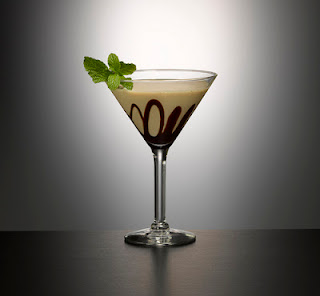 Today I welcome my friend and fellow author Sharita Lira!Some of you may know Sharita from her literary triad - three writers/personas, each with their own distinct personalities and styles. Today she is going to discuss two thirds of that triad - the ladies, Rawiya and BL Morticia. Shar, why don't you have a seat, I'll make us something to drink,  like a chocolate choochoo martini, and you can go ahead and get started. 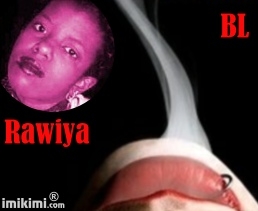 Rawiya: Hello readers. I’m sure those of you who know Sharita Lira are aware of the two females in the triad. Myself, Rawiya, and BLMorticia.

BL: The wicked gal. Yes I am…more like the snarky wicked gal who writes funny stories about romantic couples of any orientation.

Rawiya: And me, who pens tales of interracial romance in contemporary settings. In other words, real erotica for real people.

BL: And erotica with snark are our taglines.  So what’s the major difference? Me, I like humor in my stories.

Rawiya: And I like longer love scenes as well as more sensuality. I can do a little humor too, but I don’t do it as well as BL.

BL: And I’m a little too impatient for long love. I like getting to the climax a little quicker. My characters mimic me too except when I throw a monkey wrench in their plans. I do that a lot, by the way.

Rawiya: I do too, to a certain extent; nothing better than a little tension in a story.

BL: How about a lot? Some angst thrown in makes for a fabulous tale, doesn’t it? And better sex at the end. So, whichever you prefer. The snarky and angsty…

Rawiya: Or the long winded romantic…there’s a story for you, right?

BL: I’d say so. Thanks for listening to us. How about looking at our series?

Rawiya: Good idea since we’ve got five books. From NNP, the Something New On the Menu series, all m/m with romance…

BL: Snark and a little bit of angst. Check out the first four books of this collection from Naughty Nights Press.

Rawiya: Thanks for having us, Julie!

A gay contemporary comedy which features a Chicago homophobe by the name of Jimmy LaCosta who works at a diner called the Greasy Spoon on the Northside of Chicago near Boys Town. While working, Jimmy meets the incoming manager, Alex Seidling, a young British man who his present boss is hiring to take his place as he retires.

After the initial meeting in which Jimmy feels uncomfortable with Alex's stares, Jimmy cultivates a friendship with Alex which develops into something totally different than he himself expects. This shocks him and he tries to fight it but because of his growing feelings he decides to pursue it despite all of what he has been taught.

Will he do what his body wants? Will Alex accept his advances even though he will soon become Jimmy’s boss?

Blurb: Andre, a customer, comes in and pays him a visit. The two lock eyes and immediately connect on a personal level. Because of this, Christopher decides to pursue when Andre passes him his card. He wonders what the young man does for a living however, he’s so smitten by him, Chris doesn’t give it much thought.

Little does the shop owner know, Andre actually works for his biggest competitor as a secret shopper and has been told to use any method necessary to find out the secrets of the shop as well as convince him to sell his shop and become part of the national chain.

When Christopher finds out, he has a surprise for Andre and deals with him in a rather humorous way. Will he trust Andre once he finds out this fact? Will he give up his shop under the pressure the well known franchise?

Smooth Like Latte Something New on the Menu Series Book Three

Blurb: Brendan Walsh is an uptight business executive working for his father and missing out on real life due to his relentless drive for success. Fearing his homophobic father’s wrath - and the potential to destroy his financial future - Brendan hides is true orientation and lives a life of boring celibacy.

Upon meeting Davori Jenkins when the hunky barista serves him a latte just the way he likes it, Brendan takes a chance, leaving his number with the tip in the hopes of changing his future love life.

Will Brendan be able to come clean with his father - risking his fortune - or will he take a chance at losing a man who he wants as his future?

Warning: This is an m/m interracial romance. Real romance. Some sappiness is ahead with two very good looking men who are searching for that happy ever after ending.

Sugar Daddy Something New on the Menu Series Book Four

Blurb: Matthew Davidson wants a MAN! The setting shifts away from the America’s to Britain where Matthew and his childhood friend, Devon Peartly attend a cooking school to obtain their cooking certificates. The young man wants a partner so badly, he decides he’ll try an online dating service in hopes of finding a black man that can take care of and satisfy him romantically.

He finds that man, Antwon Bantu on an online dating site and is instantly intrigued. Little does Matthew know that Antwon is involved in a “convenient” marriage and is seeking a younger partner so he can finally get on with his life. Instead of confessing the truth, he decides to hide it, fearing he’ll lose the chance with Matthew if he informs him. To complicate things, Antwon’s wife claims to be in love with him. Antwon must choose what’s more important; loving Matthew or saving his impeccable reputation as a top barrister in the London courts?

Which will he choose?

Amazon, Are, Smashwords
BLMorticia is currently a published writer with Naughty Nights Press and Rebel Ink Press. Her first two novellas, My Lieutenant and Something Fresh Served Hot are Silver star recipients on All Romance Ebooks. She writes bi weekly for Red Lipstick Diaries, guest blogs monthly on the Naughty Nights Press blog and a writes column twice a month on Blak Rayne Books. For more info, please visit, Erotica With Snark

RAWIYA is the more sensual erotica writer in the BLRawiya duo. Rawiya's first sole author book, “Time to Make the Donuts” is now available in multiple digital formats through online vendors and her first MMF Living In The Now was released in April from Naughty Nights Press.
Rawiya loves multiracial characters who overcome obstacles other than race. Sweet, sassy, and spicy would be the best way to describe her work. Happily married mother of two, loves music, computers, and travel. She blogs regularly at Wicked Sexy Writers. For more please visit the Rawiya’s blog on Wordpress. 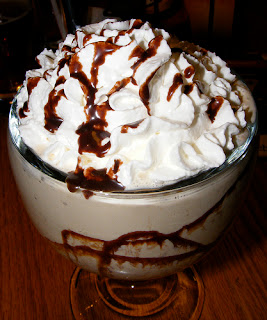 Thanks for stopping by, Rawiya and BL!  Shar, have another drink? I made mudslides!