Please welcome author Leslie McKelvey, here to tell us about her new book, Final Kill.  Leslie will be awarding a $20 Amazon/BN GC to one randomly drawn commenter via Rafflecopter. The more you comment, the better your chances of winning. To find the other stops on her tour, go here. Don't forget to look for the Rafflecopter at the end of this post! 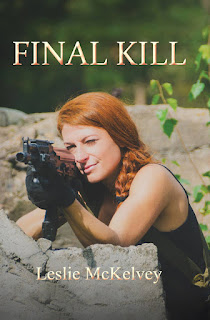 The world doesn’t know Cat Beckett, CIA linguist and expert sniper. She does her best to keep her skills secret, but when a SEAL team is ambushed in the remote mountains of Afghanistan she doesn’t hesitate to take out the enemy. After saving the SEALs, the third Spec Ops team to be compromised in as many months, she realizes someone in her unit is giving classified information to the enemy. She suspects that Peter Mitchell, her supervisor and ex-lover, is behind the betrayal, and sets out on a dangerous quest to prove his treason.

Lt. Ryan Heller, US Navy SEAL, is accustomed to facing death. When his team is attacked by Taliban fighters he thinks his last day is upon him, until an unknown sniper saves their lives. The prickly, green-eyed beauty handles a rifle as easily as most women handle a purse, but who is she? And what is she doing in the middle of a war zone? He is intrigued, and attracted, but his instincts and her piercing, tiger-like stare tell him to tread carefully.

Afghanistan’s Bagram Valley is not the ideal place to find love, but these two are trained to make the best of bad situations. Geography alone makes starting a relationship challenging enough, but caught between extremists and an unhinged, obsessed Mitchell makes it downright deadly.

Cat lay down on her bed and slowly sipped the wine.  As the candlelight and music washed over her, she felt the last of the adrenaline wear off.  She sighed softly and pictured him: the eyes so blue they were almost violet, the sharp line of his jaw, the lips that made her melt, the tall, athletic body, the smile that was like sunlight to her soul.  Desire swirled in her belly, and now it wasn’t adrenaline making her edgy.  She wanted him so much she ached.

Frustrated, she sat up and put the wine aside.  She looked around the room then turned off the candle closest to her.  Shaking her head she rose, and was about to turn off the second candle when there was a soft rap on her door.  Her head snapped around.

“Just a minute,” she said after a moment of surprised silence.  Cat grabbed her robe, slipped it on, and tied the sash.  Her bare feet whispered over the floor as she approached the panel and said, “Who is it?”

She was so stunned that for a moment she couldn’t move.

She blinked, shook herself, and opened the door.  She looked at Ryan with wide eyes and backed up as he walked up the steps and into her quarters.  He closed and locked the door behind him then turned to her.  Looping an arm around her waist he pulled her against him.

“I changed my mind,” he whispered. 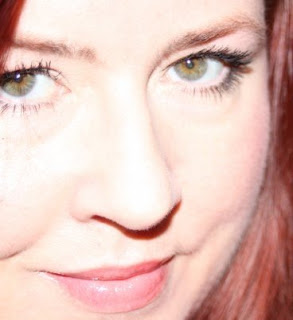 Leslie McKelvey has been writing since she learned to write, and her mother still stores boxes of handwritten stories in the attic.  When her high school Creative Writing teacher told her she needed to be a novelist, she decided to give it a try.  Finally, at the ripe old age of...forty-something...her debut novel, Accidental Affair, was contracted and published by Black Velvet Seductions Publishing.  Two follow-up novels, Right Place, Right Time and Her Sister’s Keeper completed the Accidental Encounters series, and Runaway Heart, a standalone book, was released in March of 2016.  BVS also published one of Leslie’s short stories in the erotic anthology First Submission, and her fifth novel, Final Kill, will be released in late 2016.

Leslie is a war-veteran who served with the U.S. Navy during the Gulf War, and she was among the first groups of women to work the flight deck of an aircraft carrier.  During her five years tour she was stationed at NAS Miramar and spent time on the carriers USS Independence, USS Ranger, USS Lincoln, and the USS Nimitz.  The final two years of her enlistment were spent on Guam and her squadron frequently deployed to Japan and the Middle East.

She learned everything she knows about firearms and tactics from her police officer husband, who is a weapons expert, range master, and firearms instructor for one of the most highly-respected law-enforcement agencies in the world.  She has three boys who contribute daily to her growing number of gray hairs.  Her two oldest sons are United States Marines and the youngest vows to follow suit.  She spends her off-time (kidding...WHAT off-time?) reading, taking pictures, and sending lead down range (that's shooting, for those who are unfamiliar).  One of her favorite scents is the smell of gunpowder in the morning....