Virtual Book Tour: Into the Void

Please welcome author Emma Stein, here to tell us about her new release, Into the Void. Emma will be awarding 8 postcards with illustrations from her work in progress"Unspeakables" to one randomly drawn commenter via Rafflecopter. The more you comment, the better your chances of winning. To find the other stops on her tour, go here. Don't forget to look for the Rafflecopter at the end of this post!

Into the Void
by Emma Stein 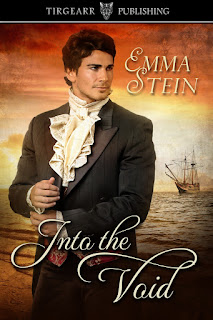 The country of Anglina is teeming with social upheaval, and its officials have found an unlikely national hero in a philosopher and social activist named Horace. The Anglinian government has appointed the effeminate, irreverent, and stubborn scholar to undertake a journey around the world to learn the secret of other countries’ success. Unfortunately for Horace, most of the societies he visits turn out to be drastically different from what he expected, and he repeatedly sends scathing but witty reports about his travels and the people he encounters. At the end of his journey, Horace encounters a series of communes whose inhabitants welcome him into their ranks and open his eyes to more a liberal and egalitarian way of life.

The tradesmen who have been kind enough to take me on as a bit of useless cargo on their voyage to Boasille are docking at their first port of call tomorrow. From what I have heard, there are some rather willing prostitutes in the city of LaHague who will do anything for a bottle of our good Anglinian gin. That would explain the contents of our cargo hold to some extent, I suppose. “Give’m a swig and they’ll return the favour fives times over...or under or sideways!” is how my cultivated shipmates put it.

If they offered postal services as well, I would have no qualms pocketing a little bottle of gin from the hold and slipping it into a painted woman’s bag, but I believe the poor dears are much better at transmitting syphilis than messages. But if LaHague is as large as my illustrious companions have suggested, I assume there will be a postal service somewhere along the docks.

I am a bit reluctant to stray too far on my own, you see. I imagine the great unwashed on this ship have enjoyed pulling my leg this whole time, telling me horror stories about little “flippity-floppity fops” like myself who vanished as soon as they set foot outside the dock and shipyard area. “First their fineries evaporated into the air, then the powder in their hair. They looked like men then in the face, then disappeared without a trace…” 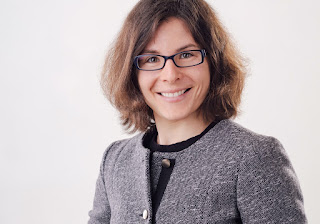 Always lagging behind current technological developments, Emma wrote all of her fledgling books and essays in a crabbed script until the demands of university life convinced her that it might be worthwhile to invest in a word processing program. That same university life caused a long hiatus in her creative writing activity but provided much of the kindling for her current literary endeavors. Until March of 2014, when she started working as a translator for a large software company, most of her publications were therefore academic in nature.

Emma has lived abroad since 2008, and her experiences in France, Canada, Germany, and Russia influence her work considerably. This influence is particularly powerful in Into the Void, which parodies different facets and institutions of these countries and explores the difficulty of retaining one’s own identity while trying to assimilate into another culture. Theories from Cultural Studies and Sociology form another cornerstone of Emma’s work, and she enlivens what many people would consider dry texts with interpretations that are full of wit and unexpected spins on the order of things. Her penchant for pinpointing the foibles and follies of both herself and her fellows is a fine source for her satires, be they written or illustrated.

Emma was born near Chicago in 1986 and has lived in Germany since 2011. She recently opened a translation company in Kiel, where she continues to surprise the natives with the historically inspired clothing that she designs and wears.

a Rafflecopter giveaway
Posted by Julie Lynn Hayes at 5:05 PM