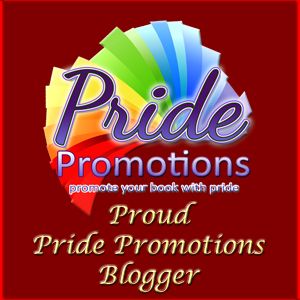 The Questions
1)      You’re marooned on a small island with one person and one item of your choice—who is that person and what item do you have? Brock O’Hurn and a hairbrush. Also known as a Multi-Purpose Tool.
2)      Which musical would you say best exemplifies your life – and which character in that musical are you? Probably Funny Girl, with me as Fanny Brice. If only I could sing like Barbra!
Take these three words and give me a 100 word or less scene using them:  galaxy, jet, cream (sorry, the numbering got messed up here and I can’t fix it)
Olivier Oenophile, chef to the stars, was hired to cater a party for twelve aboard Jefferson Galaxy’s private jet. It was one of his less culinarily successful outings, but one of his most memorable, and both for the same reason: Olivier’s inability to keep his hands off his sous-chef, Dash O’Spice, and his creative use of the heavy cream that was supposed to have graced the tiramisu.

3)       You’ve just been let loose in the world of fiction, with permission to do anyone you want. Who do you fuck first and why? Well, I’m asexual, so chances are fucking wouldn’t be on the agenda… but I’d love to curl up on a big plushy sofa with Captain Jack Harkness and a giant bowl of cheesy popcorn. Because… well, Captain Jack, dammit.
4)      What is your idea of how to spend romantic time with your significant other? See #4.
5)      When you start a new story, do you begin with a character, or a plot? I’ve started with both, but I’d say more often the characters come to me, and then I figure out what kind of a story they have to tell.
6)      If they were to make the story of your life into a movie, who should play you? Emma Thompson. Or Judi Dench. Depending on how long they take to make it. I think I’m still in Emma territory.
7)      Who’s your favorite horror villain and why? I am a total wimp when it comes to horror movies. I thought Alien was a sci-fi flick, and I spent pretty much the whole movie in a fetal position in my seat begging to be told when it would be safe to open my eyes.
8)      Do you have an historical crush and if so, who is it? Probably Rob Roy MacGregor. Provided he actually looked like Liam Neeson.
9)      Is there a story that you’d like to tell but you think the world isn’t ready to receive it? I don’t think so, no. One of the tenets I live by, and write by, is that for every story, there’s always someone out there for whom it’s perfect. 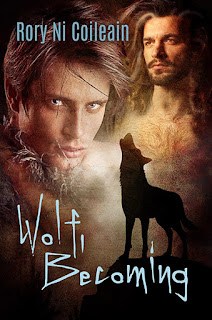 Release Date: February 24, 2016
Blurb:
Volyk learns very young that he has to hide what he is—oboroten’, shape-shifter—after his father is killed and skinned by a hunter, and the pack that takes in his pregnant mother is hostile to his kind. When Volyk is ordered to fight the pack’s beta to prove his fitness, but instead obeys his hormones and tries to mount him, he’s declared an abomination and forced to flee.
Ilya, too, hides a secret. Being young and gay in modern Russia is dangerous, and he knows it. But the truth eventually gets out, and his brothers lure him into the forest to kill him. They’re stopped by Volyk, who hides the mortally wounded Ilya in his den. The only way to heal the human is to turn him into an oboroten’.
Unfortunately, Ilya’s gentle nature is ill suited to the life of a wolf. But when Volyk’s old pack returns, seeking to take away Volyk’s magickal den, Ilya will have to embrace – truly become – the wolf Volyk made him, to save both his mate’s life and his own.

Excerpt:
And the angel said unto them, be not afraid…
Ilya was not afraid. Enraptured, yes. Entranced. But not afraid. He had been ready for death when he closed his eyes in the wolf’s embrace. Instead, he was whole, and awake, and in the arms of a man more handsome than any angel. Volyk’s long thick hair was the brown and gray of the wolf’s pelt, his cheekbones angular, his lips full. And his eyes were the same beautiful fiery amber as the wolf’s.
Maybe he had only dreamed the wolf. Or maybe he was still dreaming. Surely he had done nothing in his life to earn the gift this moment would be if it were real.

Meet the author:
Rory Ni Coileain majored in creative writing, back when Respectable Colleges didn’t offer such a major. She had to design it herself, at a university which boasted one professor willing to teach creative writing: a British surrealist who went nuts over students writing dancing bananas in the snow, but did not take well to high fantasy. Graduating Phi Beta Kappa at the age of nineteen, she sent off her first short story to an anthology that was being assembled by an author she idolized, and received one of those rejection letters that puts therapists’ kids through college. For the next thirty years or so she found other things to do, such as going to law school, ballet dancing (at more or less the same time), volunteering as a lawyer with Gay Men’s Health Crisis, and nightclub singing, until her stories started whispering to her. Currently, she’s a lawyer and a legal editor; the proud mother of a budding filmmaker; and is busily wedding her love of myth and legend to her passion for m/m romance. She is a three-time Rainbow Award finalist. 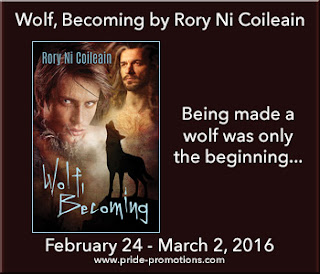