Please welcome author Cherrie Mack, who is here to tell us about her new release, Georgie. Cherrie will be awarding a $10 Amazon/BN GC to one randomly drawn commenter via Rafflecopter. The most you comment, the better your chances of winning. To find out where the other stops on her tour are, go here. Don't forget to look for the Rafflecopter at the end of this post! 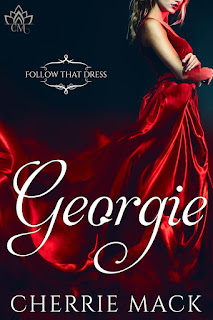 Georgie Randall runs from town to town to escape her past. When she settles in Amityville, Long Island, she vows to be happy alone. But when the boss’ handsome son throws her kinky switch on, there’s no turning it back off.

Georgie arrived at LaVue restaurant at precisely seven o’clock. The night air was cool as she stepped from her vehicle, the wind whipping her hair around her face. Pulling the stray hairs off her overly glossed lips, she smiled at the valet, who stared at her breasts in return. Georgie was an ample 36C, and her black cocktail dress showed off her curvaceous figure. She pulled her sweater closer together, covering her cleavage. She didn’t want to be mistaken for that kind of girl.

Stepping into the lobby of LaVue, the memory of her freshman year at college assaulted her mind as it often did. She promised herself, since meeting Adam, she would not think about that time in her life. Three years ago might as well be thirty. Besides, Georgie Randall was no longer the same girl and had gone to great lengths to start over.

With a bounce in her step, she sashayed into the lounge area and immediately noticed the long, sleek bar. The patrons were dressed in business attire deeming LaVue, in her opinion, a white collar establishment. It was easy to spot Adam at the bar. His gleaming smile and contagious laughter filled the smoke-free area where he lounged with his arm up on the bar top. When his eyes found hers, he cocked his head to the side and pushed himself off the bar. Lazily, he strode toward her, stopping to gently kiss her lips. After lingering for a few seconds, he broke their kiss, cupping her cheeks in his hands.

“Hi, babe. I want you to meet Joseph Calvert. He’s trying to convince me to join his firm in Atlanta.”

“What happened to the associate from Bratman?” she whispered.

“You said seven, did you not?”

His thumbs caressed her cheeks.  “I did, but I didn’t want to rush you. This guy is important because it could mean a change of cities for me, and I thought you should be included in the decision. Come.” He guided her to the bar where Mr. Calvert waited.

Adam wasted no time introducing her as his soon-to-be fiancée. Stifling her need to jump up and down, she relaxed and basked in her newfound joy. Not because Adam was perfect for her, but because he was the perfect catch. 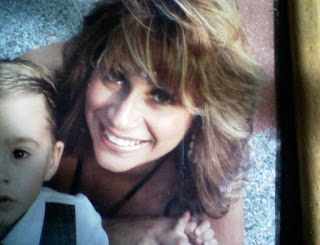 Cherrie Mack is a multi-published romance author who grew up in Flushing Queens NY, the youngest child of six. The city’s diversity gave her a great appreciation for many different cultures and lifestyles. After love finally claimed the girl from the city and dragged her to the suburban madness of Long Island, she settled into a quiet life with her new husband. Two children and one mini-van later, the family found themselves moving towards the sunny skies of Florida where they currently reside.
Cherrie is happiest sitting behind a keyboard doing the one thing she loves most—writing. However, when she isn’t writing, she is struggling to man her website, promote her books, keep up with social media and run a household. She loves to hang out with her 12 and 10 year old kids and spend time with her smart, sexy, fun loving husband. She struggles to master the art of meditation but with so many people living inside her head, demanding a story of their own, the task is daunting. She takes time to relax by playing with her best friends–Bailey and Simba.
Cherrie continues to flourish, writing contemporary erotic romance, romantic comedy, urban fantasy, paranormal romance and her latest venture into sci-fi. Her ability to cross genre’s fuels her imagination and gives her the desire to continue to push her boundaries and branch out as a writer. Although she hasn’t settled into any given sub-genre, she is confident her ability will lead her down the right path.
A member of Romance Writers of America, Cherrie is slowly spreading her wings as a romance author. Look for her books at all digital bookstores such as Amazon, Barnes and Noble, Bookstrand, ITunes, Nook, Kobo and many more.

a Rafflecopter giveaway
Posted by Julie Lynn Hayes at 4:34 PM