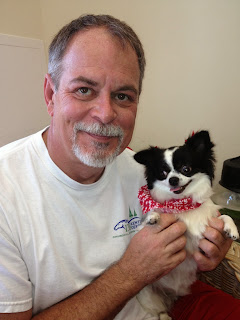 Today I'm proud to welcome my friend and fellow author, the handsome and debonair Michael Rupured, to Full Moon Dreaming. He has a new release, After Christmas Eve, and he's going to talk about that. I read Michael's first novel, Until Thanksgiving, and I hope to write the review shortly. I look forward to reading this one!


It’s Alive!
Thanks, Julie, for having me on your blog to talk about After Christmas Eve. This is the last stop on my 11-stop blog hop to celebrate the release by MLR Press of my second novel. To win one of the 10 copies (ebooks) I’m giving away, comment before midnight tonight (10/25/2013) on any of my posts on the eleven participating blogs. Be sure to include an email address.
Fan favorite Philip Potter, a supporting character in Until Thanksgiving, takes center stage in After Christmas Eve. If you read the first book in the holiday series, you’ll enjoy a few cameo appearances and find out more about Uncle Philip. If you haven’t, don’t worry. The books can be read in any order. After Christmas Eve is a prequel, set in Washington DC in 1966. It’s a murder mystery/thriller with a little romance, a dash of humor, and a liberal sprinkling of gay history.
The coolest and most surprising thing about writing a novel is the way characters come to life. Of course, I’d heard writers tell of this kind of thing for decades, but I really didn’t know what they were talking about. To tell you the truth, I thought they were just making sh*t up.
In On Writing, Stephen King says the story is inside. The writer’s job is to let it out without messing things up too much. I took his words at face value. I mean, who am I to argue with Stephen King? But in the first draft of Until Thanksgiving, the story kept going off in unexpected directions as a result of something surprising a character said or did. After that, his words made more sense.
As I was writing After Christmas Eve, the characters kept running off with the story, leaving me in piles of worthless outlines, character sketches, and chapter summaries. Every time I thought I had a handle on the story, a character would smack me down to let me know who was really in charge. The road to the end of the story was long and hard.
I’m the polar opposite of the cage-fighter type. Getting beat up has never been my cup of tea, thank you very much. But I’m also a massive control freak. Rebellions by characters that I created pissed me off, until I learned to go with the flow.
Here’s the blurb:
As Philip Potter wraps up his last minute shopping on Christmas Eve, 1966, James Walker, his lover of six years, takes his life. Unaware of what waits for him at home, Philip drops off gifts to the homeless shelter, an act of generosity that later makes him a suspect in the murder of a male prostitute.

Two men drive yellow Continentals. One is a killer, with the blood of at least six hustlers on his hands. Both men have secrets. And as Philip is about to discover, James had kept secrets, too. But James wasn’t trying to frame him for murder… 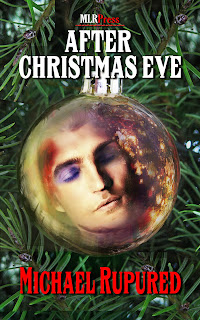 *This is the last of eleven stops on the After Christmas Eve Blog Hop. Excerpts appear in serial form along the hop, beginning with my post at http://www.shiraanthony.com/?p=3217.

Excerpt #11 of 11
Someone pulled on Philip’s shoulder, tugging hard. He willed his body to cooperate and rolled onto his back. Ice slid from his eyebrows, down his cheeks, and into his ear. No wonder he was so cold.
A gloved hand touched Philip’s cheek. He heard a deep voice with a Southern drawl, sweet and slow, like honey. “Sir, can you hear me?”
Philip rubbed his lashes with shaking fingers and opened his eyes. The flashing lights played across the man who knelt beside him. “Yes,” he answered.
“Are you all right?” The man brushed snow and ice from Philip’s coat.
Philip glimpsed the stranger’s profile in the flickering light. He moved his legs, shook his arms, and moved his head from side to side. “Honestly, I’m not sure.”
“Can you sit up?” The man offered his hand.
Philip grabbed it, and with a lot of help, pulled himself into a sitting position. “Thank you, Mr…?” He looked up and stopped shivering. His breath caught in his throat. The handsome man who’d come to his rescue belonged in the movies.
The stranger gathered up the gifts scattered across the sidewalk and placed them in the tattered shopping bag.  “Beauregard Carter. Want to try standing up?”
Dazzling blue eyes peered back at Philip as his shivering resumed. He didn’t know when he’d ever been so cold. With less help than he’d needed before, Philip rose to his feet and stood trembling from the cold on quivering knees. “Philip P-p-p-potter,” he barked the words out as his teeth rattled together. “I d-d-d-d-don’t know w-w-w-what h-h-h-happ—”
“Your faggot boyfriend blew his brains out.”
Pain poured over Philip like a wave of boiling water. “No!” He wailed, pressing his knuckles into his cheeks. Cold chills racked his body and he would have hit the ground again had Mr. Carter not jumped to his rescue. Philip clutched the man’s lapels, sobbing and shivering. “Why?” He kept repeating the word, over and over as strong arms kept him from falling and steered him away from the curious spectators.
The crowd didn’t seem to notice, their attention focused on the apartment building’s entrance, watching as police came and went. Philip stepped away from the man, pulling a white silk handkerchief from an inside coat pocket. Cold impeded his speech. “I’m so sorry,” came out as a strangled moan. “Thank you for helping me, I’m forever in your debt, and don’t let me keep you any longer,” remained mere thoughts. Philip stared at the ground, fingering the handkerchief along the edge where his sister had embroidered his name in black thread.
“I’m not going anywhere, Mr. Potter, until I know you’re okay and have somewhere to go.” He grasped Philip’s arm. “You really don’t need to be alone right now.”
Responding to the gentle pressure pulling him forward, Philip fell into step behind Mr. Carter, the folded handkerchief slipping from his hand. “Come with me. My apartment is a block away. Is there someone you can call to come and get you?”
It took Phillip a minute to realize he’d been asked a question, and another to respond. He was shivering so much his teeth rattled. The answer came to mind right away, but was frozen in his head and couldn’t get out. Philip came to a stop to focus on answering his rescuer’s question. “M-m-m-mary.”
“Good,” the man said, grabbing Philip’s elbow. “You can call her from my place and warm up while you wait.”
Philip heard the words but had no sense of their meaning. He focused on lifting one foot and then the other, placing each back on the icy ground with care to keep from falling. Whether they walked a block or many miles, Philip couldn’t say. He placed his faith in the hand that led him through the silent night.
Buy link: MLR Press (http://www.mlrbooks.com/ShowBook.php?book=MRAFTERX)