Please welcome my good friend and fellow author, Cia Nordwell, who is going to talk about her newest 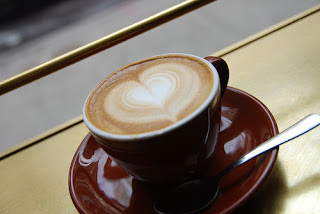 release, Picked at the Peak.  Why don't you go ahead and start, Cia, while I make coffee? 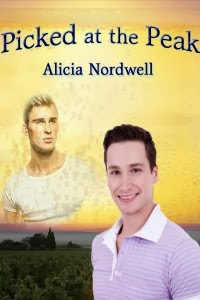 On Sale Now!
Synopsis:
Aislin was surrounded by his extensive, but close-knit, family his whole life. He was the younger brother or the cousin they needed to protect and the kid’s favorite uncle, but he was never just Aislin. His overbearing family rarely listened to him, so sure they knew best. His adult years had all been about proving that the accident that damaged his leg as a teenager didn’t limit him.

He started a microbrewery business, bought a winery and decided to have... a baby.

The news shocked his family and friends, but he was determined to be a single parent. Not that Aislin
wouldn’t love to have a partner, but dating never really worked out for him. It didn’t matter if he was gay, or single, or had a handicap. He was more than prepared.

He was not expecting the drastic change the next nine months would wreak on his life.

Excerpt:
Aislin was standing nervously out in the hallway while Diane got situated in the room where they were going to do the ultrasound.

Pregnant women were everywhere. One stepped up on a scale a few feet away and glanced at him. Aislin made sure to look away before the nurse moved the little black thingy. That was one thing he did remember. Every woman in his family had complained about their weight gain and refused to let their husbands know exactly how much the scale revealed. He wasn’t about to peek at the scale while a pregnant lady was on it, even if the woman was a stranger.

Sometimes he thought that the women in his family believed being gay meant he actually cared about their feminine drama. He didn't get it. He loved football just as much as his brother and male cousins and he wasn't particularly stylish or good at decorating. His mom and aunt had seen the dark wood furniture and leather all over his house along with bare white walls and promptly swept in and added a bunch of pillows and pictures to keep it from being a total bachelor pad. He kept asking why being attracted to men meant he had to know the difference between the ecru and the off-white curtains, or why he’d liked the froofy looking pillows he always threw back in the closet when his mother—

"Oh shi …itake mushrooms." Aislin turned the curse into something else before the little girl in pigtails sitting beside her very pregnant mother in the area where they did the vitals could hear him say something very naughty. He expected a glare from the tired-looking woman, but she smirked instead.

She chuckled. "You mean more nervous than any man would be surrounded by this sea of hormonal women? No. But you usually can tell the first timers by the way they haven't quite cut the cussing out of their vocabulary."

Snorting, Aislin smiled. "I have enough little nieces and nephews in my family. I should know better."

“It’s always different when you have your own.” She smiled at him, running a hand through her daughter’s pigtail and smoothing the bright curls.

“Okay.” All of Aislin's worry came rushing back and his fingers flexed on his crutch. "Bye,” he said, “and thanks for not getting upset."

She nodded and smiled. “Good luck.”

The door let him in near Diane's head and he was grateful for that. He'd expected to see her stomach exposed like on all the TV shows but instead her feet were up in the foot rests at the end of the table and a blue sheet covered her open legs.

He stopped a few feet from the table and started to shift back toward the door.

Diane laughed. "Don't be silly. You can't see anything too personal if you come stand right here by my head, and you'll be able to see the monitor better."

Aislin shuffled forward carefully, then sat on the stool the nurse slid over to him. He stretched his leg out. "Thanks."

The girl running the machine switched the monitor around. "Okay, so we're ready to get started here. It should only take me a few minutes to get the pictures the doctor wants, and as I go I'll explain what I can to you."

"Do you know what the doctor is looking for?" Aislin asked her.

"Not really. I'm doing the basic early pregnancy ultrasound and taking some measurements. It's a bit early, but they may just want to make sure your baby is growing as it should be. I can't really speculate though, and I’m sure the doctor will let you know if there’s something she’s concerned about."

The lack of information was really beginning to get to Aislin. The nurse caught his frown. "Don't worry, right after I'm done the doctor will be in to talk to you, so she can answer any questions you have. I take the pictures, but it's really her job to tell you what is going on with your baby, if anything. That’s why you pay her the big bucks."

Well at least there was some hope of getting answers. The white fuzz on the screen began to speckle like snow on a black sky as the nurse began moving her arm around under the sheet.  Was there a baby in there? He squinted, trying to see it in the blurred flurry of dots. Then Aislin saw a solid black area and floating in the center was a lighter shape curled up.

"Oh my god. It looks like a baby." Aislin stared at the screen, his mouth open slightly. Its little arm moved, jerking up and down and the whole big headed body sort of jiggled. He could barely breathe, watching in fascination.

Both women chuckled. "What did you expect?" Diane asked.

"A blob? Maybe a vague head shape and body like those foam packing peanuts."

The nurse grinned and winked at him. "This must be your first time."

Aislin nodded. "For me."