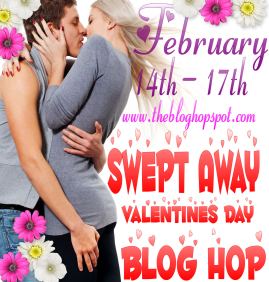 Today is the fourth and final day of the Swept Away Valentine's Day Blog Hop. I hope everyone has had great fun visiting with familiar authors and meeting new ones. Today I'm going to talk about the couple who star in my newest release, Revelations, that was published by Museit Up Publishing on February 8th. Judas Iscariot and Jesus Christ. To some, that might seem a surprising choice, maybe even a shocking one. But it was one that felt very right to me.


Revelations takes place in modern times, but the story actually began over two thousand years ago. That's how long Judas has been in love with Jesus. But  he's never had the nerve to tell him. That's understandable. Being in love with the son of God must be rather intimidating. Add to that Judas was given the role of "the betrayer", his part in the drama being clearly laid out as to what he is to do, and for which he has long been reviled.

But now something is stirring inside of Judas. He decides that he is tired of seeing Jesus die far too young - he believes he deserves to live a long and happy life and die peacefully in his bed. And he's determined to make that happen, even if he has to go against the script to do it - and even if he has to make a deal with the devil himself.

I first wanted to tell Judas' story some forty years ago, but I didn't have the words yet, and there was much I needed to learn. I read and I watched and I listened. Then one day, Judas began to speak to me. And the result was Revelations.

I offer Revelations with love. Here's a little excerpt between Judas and Jesus. 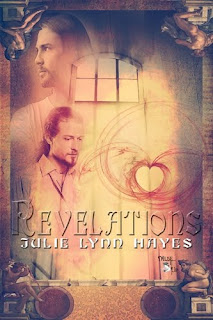 Revelations is available through Museit Up, as well as at Amazon, ARe and other retailers. I hope you enjoy it, and I'd love to hear from you!

I've enjoyed having you visit my blog, do come again! I will announce the winners of both blog hops on Wednesday before my newest piece of flash fiction.

Until then, take care!

Posted by Julie Lynn Hayes at 9:30 AM