Good morning!  Please welcome author Keira Dominguez, who is here to tell us about her newest release, Her Caprice. I am really looking forward to this, as I am a real sucker for a good Regency. You can never have enough of those, right?  Keira will be awarding $15 in Boroughs Bucks to two randomly drawn winners via Rafflecopter. Look for the Rafflecopter at the end of this post. The more you enter, the more chances you have of winning! To find the other stops on Keira's tour, go here

Her Caprice
by Keira Dominguez 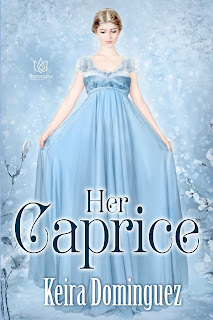 A MOST PRIVATE BATTLE

Since Beatrice Thornton was 13 years old she's been living with a secret that could ruin her family forever. Her parents are the only ones who know, and now, seven years later, they are forced to put on a sham for Beatrice's late first Season. The plan, make Beatrice as mousy and ill-clothed as possible so no suitor would consider her. Then they can all escape back to their country home in Dorset to keep the terrible secret safe. But the unthinkable happens... Beatrice meets a man who gives her hope of a normal life, and Beatrice dares to love with horrible consequences.

Captain Henry Gracechurch has resigned his commission after living through the horrors and waste of war. Recently returned from Spain, he is cajoled by his formidable godmother to make an appearance at one of her famous balls. When he sees a young woman abandoned on the dance floor, honour commands him to save the day. Nothing could have prepared him for meeting the person who is a balm to his soul and gives wings to his heart. But winning Beatrice Thornton will take every ounce of courage he has, and this is a war he will win, no matter the cost.
~~~~~~~~~~~~~

“Always the hero,” Fox stated, appearing from the ballroom as Henry trained his eyes down the hall where Miss Thornton had disappeared. “But it’s caddish to give a girl hopes, Harry. Particularly such a dull-looking mouse.”

Henry’s jaw set. It hadn’t been like that. Meeting Miss Thornton had been more like finding a brother-soldier, someone whose warm laughter and ready wit had plucked him out of the madness of Spain and put his feet down on the soil of England. For a few brief minutes, she’d made him feel that he was not wholly alien here.

In the face of that, the fashion of her dress was totally irrelevant.

Henry followed Fox into the ballroom again and they watched the dancers until Henry put the back of his hand to his mouth, yawning. When Miss Thornton left, all his energy had seemed to go with her, and the weariness that was a massive wave he’d been outrunning since Spain was finally going to break.

“You should be in bed,” Fox noted, stifling his own yawn. He raised his voice over the violins and noise of the party. “Speaking of which…. Where—?”

The music came to an uneven halt and the long lines of dancers froze like grappling statues. “Dear guests—” A voice rang out from a tiny woman at the dais. Lady Sherbourne. “I had hoped for an exciting party, but did not dare pray for something so memorable. London has brought out one of its finest fogs for us.”

Talk rumbled through the room.

“That’s torn it,” muttered a man to Henry’s right. “Can’t leave now. I’m for the library sofa. Every man for himself.”

Gentlemen closest to the garden doors swung them wide, displaying a thick wall of fog that rolled through the crowd like a malevolent guest, arriving late and sending dangerous greetings left and right.

Henry’s heart skittered to a stop. How long had it been since Miss Thornton left? A quarter of an hour? More? The answer made him sick. It was too late to chase after them. 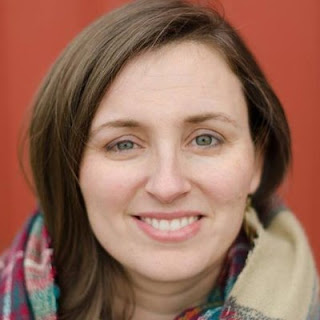 Keira Dominguez graduated from BYU with a B.A. in Humanities and lives in Portland, Oregon with her husband and five children.

For the last decade, she has co-authored The Uncrushable Jersey Dress, a blog and Facebook page dedicated to mid-century author, Betty Neels. Cultivating this corner of fandom confirmed the suspicion that people who like sweet romances are as smart, funny, and are as interesting as readers of any other genre.

When Keira is not busy avoiding volunteerism at her kids’ schools like it is the literal plague, she enjoys scoring a deal at Goodwill, repainting her rooms an unnecessary amount of times, and being seized by sudden enthusiasms.