Merry Christmas, everyone! As promised, my story continues. I hope you're enjoying their first Christmas together. May everyone have a wonderful Christmas, filled with love! 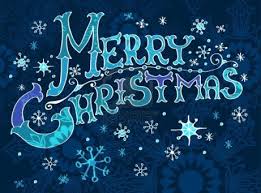 Twas the day before Christmas, and I was more than a little nervous of what was to come. Excited nervous, not scared. I wanted this first time with Ethan to be something we’d both never forget. I wondered if there was something I should do to prepare myself for him, but I didn’t have a clue and I didn’t want to ask. It’s not like he didn’t know I was a virgin, but I didn’t want to seem to be any more ignorant about sex than I was. Bad enough, I’d never had a boyfriend or even been kissed before Ethan. I only vaguely remembered what we’d learned in so-called Sex Ed. I don’t remember the teacher discussing the actual mechanics of sex, and certainly not as it related to two men.

I’d have to trust that Ethan, being more knowledgeable than me, would have whatever we would need. I couldn’t help but smile at the thought of making love with Ethan.

“Penny for your thoughts?”

I probably looked pretty goofy, smiling at nothing in particular. I resisted the urge to giggle, my spirits rising as I looked into his handsome face. “Just thinking about you,” I said, which was quite true. I was. I didn’t feel the need to add that I’d been thinking about him naked. On top of me.

If I thought his smile was beautiful before, it was radiant now. “I never asked, do you care if we exchange gifts tonight instead of tomorrow? Or we can wait, if you like. Whatever you want to do.”
Christmas Eve instead of Christmas Day?  I couldn’t think of any reason not to. Then I realized that meant our lovemaking would be tonight… oh my. Assuming he was willing, which I was pretty sure he was.

“Tonight’s fine,” I managed to choke out.

“Have you thought of anything you’d like to do tomorrow, Vin?”

“I thought we could play it by ear, if you don’t mind.” I wanted to see how tonight went before I committed to tomorrow. In case I fucked something up, or if I was bad at it or something. I didn’t want to second-guess anything right now.

“Sounds good to me,” he agreed. “Want to do a couple rounds together before we split up?”

“I’d love to,” I said. I reached for his hand, which was very unlike me. Generally I waited for him to make the first move, but I was feeling daring. I joined our fingers, and was rewarded for my boldness with a kiss.

The mall crowd was surprisingly orderly for the day before Christmas, everyone intent on their own errands. Was it too much to hope that the criminal element had taken the day off, infused with the spirit of good will to men and brotherly love? Or was that just so much wishful thinking on my part?

I had checked the hours of the men’s boutique after we arrived that morning. I would have plenty of time to make my purchase before we left the mall. Suddenly, I was glad we’d gotten this assignment. Everything was falling into place. It would be a perfect Christmas with Ethan.

After making our rounds, we split up and we each went our own way. I noticed there were more kids than usual today, hanging around the mall, or maybe I just hadn’t paid attention to them before. Out of school and looking for something to do? Hopefully causing trouble wasn’t on that list of activities.

They congregated in groups of two or more, laughing and joking as they went from store to store. I remembered there was an arcade on the second floor. Seemed a harmless way to spend time. I liked to play video games myself whenever I got the chance.

I noticed Kevin, the mall cop, talking to a thin, dark-haired boy who looked to be maybe fifteen or sixteen. The boy’s eyes were fixed on the floor, and he appeared to be on the sullen side. As I drew near, the boy nodded tersely then slunk away. There was no Christmas spirit to be found in that young man, I decided.

“So far, so good. Everyone’s behaving,” I replied. “What about you? Something up with that kid?”

“I dunno.” Kevin shrugged. “He was hanging around some women’s store, and one of the clerks flagged me down as I walked by, said he made her uncomfortable.”

A women’s store? I wondered what was up with that. “Maybe he was shopping for someone?” I suggested.

“She didn’t think so. She says she can tell when someone’s up to something. Besides, she said he didn’t look like he’d have the kind of money to buy anything there, you know what I mean?”

I knew too well what he meant. I’d had that lean and hungry look myself, once upon a time. I nodded. “Yeah, well, I’ll keep an eye out for him.”

“Thanks. Tell your partner I said hello.”

I promised I would, and went on my way. There was no sign of the kid, and I figured he’d left the mall.

All in all it was a quiet day. Ethan and I kept in contact, either crossing paths now and then, or phoning one another. I was becoming almost giddy with anticipation. I wondered if, when I gave him his gift, and showed him my matching robe, he would understand the significance of what I’d done? Or would I have to spell it out?

I wasn’t sure I could do that. I hoped he was as intuitive as I thought he was. At least, when it came to me, he sometimes knew me better than I knew myself. How scary was that? Maybe I should take some initiative and buy a condom? Then I realized I didn’t know what size to get, or if he had a preference. Guess not then.

We’d arranged to meet at the end of our shift at the South Mall Entrance. It was almost that now. The men’s shop was on my way. I hurried down the wide mall avenue, my cash burning a hole in my pocket, my heart beating rapidly as I quickened my steps.

Damn. Just my luck, I stepped on one of my shoelaces, and almost tripped.

I moved to the side, bending over so I could retie my shoe without danger of tripping anyone. When I straightened, I was standing in front of one of the several jewelry stores in the mall. I glanced in the window, attempting to even out my breathing a little bit before I met Ethan.

Someone had done up a beautiful display for the holiday, showcasing jewelry for all tastes and budgets. There were some very colorful bracelets there, I couldn’t help but notice. Blue and green stones that caught and reflected the light.  And others made of abalone. Not that I was in to bracelets or anything. Or any kind of jewelry, really. But these were the kind of things my mom liked to wear, on the rare occasions when she dressed up. Looking at them made me miss her all the more. I wished she could see me now, see what I’d made of himself. I was a federal undercover cop, and I traveled all over the country, trying to make the world a safer place. I just knew she’d be proud of me.

Lost in my thoughts, I was surprised to see a hand slowly snake its way into the display. It looked very much out of place, and my instinct told me something was up. My suspicion was confirmed when the hand closed around one of the bracelets and began to slide back with a little more urgency than when it had originally gone in.

Time to put an end to this nonsense now. Looked like the bad guys were not taking the day off.
My weapon was in my shoulder holster, hidden beneath my coat. I touched it briefly, as if to reassure myself of its presence. I could call for the Charlotte PD if I needed to, once I figured out what I was dealing with here. I sighed. So close to getting out of here I could taste it. And I still had to get the gifts.

I entered the store slowly. A middle-aged clerk stood behind the far counter. He was showing some rings to a customer, and was totally engrossed in pleasing her. He had no clue what was going on in his store. No sense in disturbing him if I didn’t have to.

With catlike tread, I turned a corner, approaching the area behind the window, looking out for the thief.  Just as I did, someone barreled right into me. He’d been looking down at his feet, walking quickly, and never saw me until we collided. He started to fall backward. Thinking quickly, I grabbed him and helped him keep his feet.

What the hell? It was that same kid I’d seen before.