Please welcome author Alan Brenham today. Alan is going to talk about his latest release, Price of Justice. He will be awarding a $50 Amazon GC to a randomly drawn commenter during the tour. The more you comment, the better your chances of winning. To see where else Alan will be, go here.

Questions and Responses:
1)   You’re marooned on a small island with one person and one item of your choice - who is that person 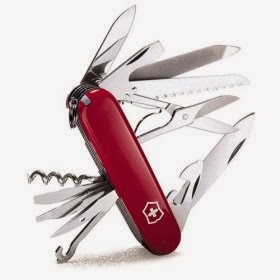 and what item do you have?

The one person whom I’m marooned on a small island would be my wife, Lillian. Our relationship is such that we always share adventures together. Basically, where you find one of us, the other is close by.
The one item I’d have with me on the island would be a Swiss Army knife. The several attachments that come with this device would allow me to cut and shape branches from island trees into weapons for hunting and defense. The blade would also be useful in filleting meat or fish and constructing a shelter if other options like a cave weren’t available.

2)  Which musical would you say best exemplifies your life - and which character in that musical are you? 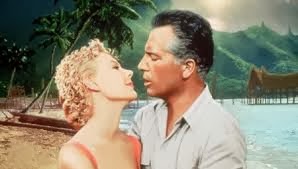 The only musical which comes to mind that best exemplifies my life would be South Pacific. It’s a story about overcoming learned prejudices before finding a happy resolution. The character in South Pacific who best fits me would be Emile de Becque. He’s a middle-aged man who has a fairly satisfactory life with his dependents while engaged in a business. His personal life takes a turn for the good with a love affair but goes south when she refuses to deal with her learned bigotry. He voluntarily puts himself in harm’s way so he can get over her. In the end, she learns to deal with the problem and they end up together.

3)  Take these three words and give me a 100 word or less scenario using them: insurance, owed, talk.

John saw the car of his dreams, a new hunters green Jeep Wrangler 4x4. But the sticker price was three thousand more than he had in the bank. Maybe, he thought, he could talk the salesman down. It didn’t work. John phoned his brother, Bill, who agreed to loan him the difference, but Bill reminded him in some blunt language that he still owed Bill several thousand for paying off a gambling debt. Using the money, John bought the Jeep, however, the salesman warned him that before he could drive it off the lot, John needed to purchase insurance.

4)  What is your idea of how to spend romantic time with your significant other?

Romantic time is about spending quality time with my wife, time that makes her feel special and loved. That 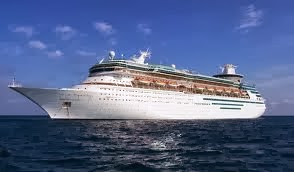 time may take the form of a week-long cruise, turning off the cell phones and locking them in the cabin’s safe, taking long strolls around the deck, making reservations at one of the specialty-themed restaurants onboard or just sitting on the cabin’s balcony together talking about the present and our future, openly expressing my love for her. A lot of touching, listening to her, whatever it took to make her feel special and wanted.

Another way would be surprising her with a bouquet of flowers and a quiet evening at home, holding her while enjoying a glass of vintage wine and watching a romantic movie - one of her favorites. Or asking her out on a date to a movie she’s been raving about followed by a dinner at an Italian or French-themed restaurant with a table reservation in a secluded part of the restaurant. Or cuddling together on the sofa, laughing about comical events that happened to us while we were dating or right after we got married.
Whatever the opportunity may be, I’d want the occasion to be memorable for her

5)  When you start a new story, do you begin with a character, or a plot?

I’ve done it both ways. The first story I wrote began with the main character in a situation where he’s faced with making a choice. His decision drove the rest of the story. The next story started with the plot by showcasing the bad guys as they did what they were paid to do. The one I’m writing now opens with a character delivering on a promise he made to himself in prison.

6)  If they were to make the story of your life into a movie, who would play you? 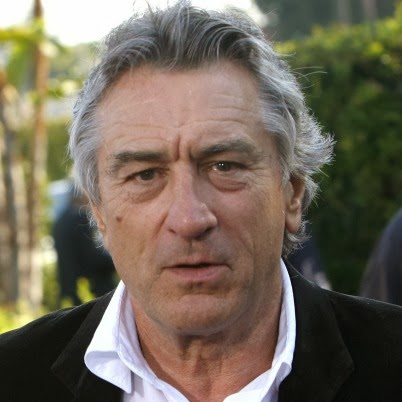 I wavered between Robert De Niro and Dennis Quaid, settling on De Niro as my choice to play me. Both are in my age range but De Niro goes from serious and dramatic to humorous and funny with greater ease than Quaid. I’ve watched him in several roles ranging from Cape Fear to Little Fockers. His best role, in my opinion, and the one which made me choose him over Quaid, was his portrayal of the aging thief in The Score.

7)  Who’s your favorite horror villain and why?

My favorite horror villain is the supernatural creature from Hell: the Creeper in the movie Jeepers Creepers 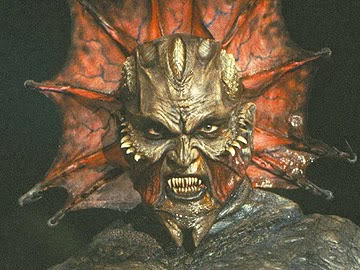 . Aside from his shape-shifting appearance, I like him because he couldn’t be killed whatever they threw at him. They may well slow him down but like the Eveready Bunny, he kept on ticking. He’s overpowering and resilient. Whatever they did to him, he regenerated body parts. He’s unrelenting, in control, and nothing diverts him from his next victim. He won’t be swayed no matter who offers themselves as a sacrifice to keep him from his chosen victim. Right when they think he’s done, they realize, like Schwarzenegger, he’ll be back, returning for a  certain period of time every 23 years to feed. 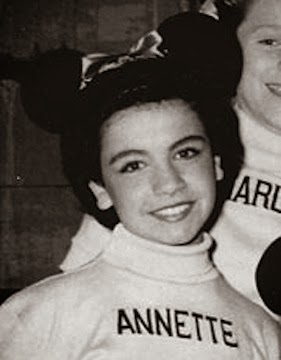 When I was growing up, my brother, sister and I loved to watch the Mickey Mouse Club on TV. The highlight of the whole show, for me, was one of the Mouseketeers named Annette Funicello. She was very pretty with short black hair and big eyes. Every time I saw her dance or sing on the show, I had wished I was right there singing or dancing with her.

9)  Is there a story that you’d like to tell but you think the world isn’t ready to receive it?

The one I’d like to tell would begin in 3090 AD. The world has evolved into a unified society where governments and laws don’t exist because they aren’t necessary. People live in a peaceful non-violent society with total respect for each other and their property. Covetousness doesn’t exist. They have no names and are known only by numbers. Everyone wears a single color and style of uniform. There is only one language, one race, one ethnicity, and one religion.
A group of dissidents, wanting to install a world government, operates in complete secrecy on the fringe. They try persuasion first. When that doesn’t work, they up the ante with midnight attacks on society’s icons to create uncertainty, distrust, and pit neighbor against neighbor.


People band together into cliques. A status quo group forms to counter the dissidents. Leaders are selected by each side. They jockey for advantage by manipulating public opinion and smear campaigns. People are forced to take sides. Physical boundaries are formed. Weapons are introduced. Jails and prisons are built. Police and militia are formed. Open warfare breaks out. Who will win?

Price of Justice
by Alan Brenham 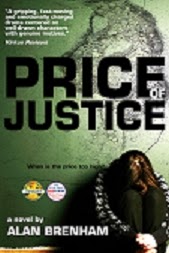 His focus is on solving the murders—until the unthinkable happens…

Recently widowed, Austin Police Detective Jason Scarsdale works to solve the murders of two pedophiles, while trying to be both mother and father to his five-year-old daughter. During his investigation, Scarsdale is forced to navigate between the crosshairs of two police commanders out to get him. Drawn to Austin Police Crime Analyst, Dani Mueller, who has also suffered tragedy, Scarsdale fights both his attraction and his suspicions that something just isn’t right…

She is hiding a secret, one that could not only cost her a job—it could end her life…

Dani hides a deadly past. After her daughter was brutally murdered, Dani exacted her revenge then changed her name and fled to Austin. But if her secret ever gets out, she knows there is no place she can hide from the murderer’s vicious family.

Pulled into a web of malice and deceit, Scarsdale and Dani discover the value of breaking the rules. Then just when they thought things couldn’t get worse…they do.

Looking down the black barrel of his service weapon, Detective Jason Scarsdale saw the promise of peace. Just pull the trigger, flick out the lights, and rest. He couldn’t sleep, he didn’t eat, and he couldn’t work. He saw the fingers of his right hand on the trigger guard, his left clutching the grip. With deliberation, he shifted his hold to adjust his wedding ring so that the three diamonds were showing. She had bought it for their first anniversary and, after the priest blessed it, had placed it on his ring finger in a reaffirmation of their vows. She told him the three diamonds signified the Holy Trinity. She said the Trinity would protect them, keeping their union intact as they grew old and feeble.

Now Charity was dead. Killed four weeks ago. Dead at twenty-eight. Dead because of him. 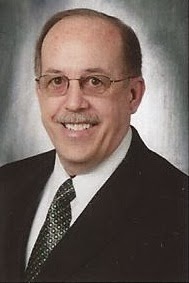 Alan Brenham is the pseudonym of Alan Behr, an American author and attorney. He served as a law enforcement officer before earning a law degree. He worked first as a prosecutor then defense attorney for the next twenty-six years. His travels took him to several European and Middle Eastern countries, Alaska and almost every island in the Caribbean. While contracted to US military forces, he resided in Berlin, Germany for a few years. Alan and his wife, Lillian, currently live in the Austin, Texas area. He has authored two crime fiction books, Price of Justice and Cornered, and is working on a third titled Rampage. 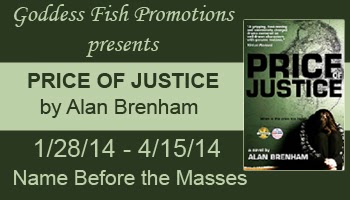 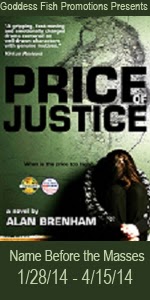