Saturday is Horror Day #10 - The Flesh and the Fiends, The Thompsons

The Flesh and the Fiends 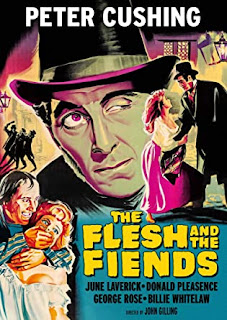 In 1828 Scotland, medical research and anatomy studies depend on having cadavers to study. Dr. Robert Knox (Peter Cushing), an eminent surgeon, purchases bodies from a pair of ne'er-do-wells, Burke (George Rose) and Hare (Donald Pleasance), who are not above robbing a grave in order to supply the good doctor.

Before long, the lazy pair discover that they can get corpses without the trouble of digging them up and get more money for the fresher bodies, namely by killing people on the streets in the middle of the night! Dr. Knox remains oblivious to what they are doing, and never questions their methods,  although his assistants do. When Dr. Knox's niece Martha (June Laverick) comes to stay after an absence of three years, she catches the eye of Dr. Mitchell (Dermot Walsh), while student Chris Jackson (John Cairney) becomes enamored of a young woman, Mary Patterson (Billie Whitelaw), who is known to frequent pubs and likes to have a good time. 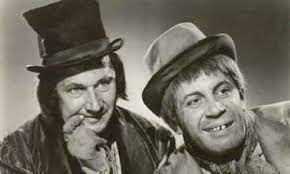 Burke and Hare come under suspicion as people begin to turn up missing. How long can Dr. Knox turn a blind eye to their shenanigans? 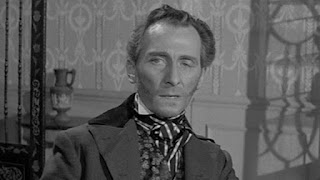 I am a long-time Peter Cushing fan and was thrilled to find this film I wasn't familiar with, on Shudder. It has the feel of a Hammer film, although it isn't one. Peter Cushing is great, as always, and I enjoyed watching Donald Pleasance play the creepily sinister William Hare. The film is based on the true story of Burke and Hare, and can also be seen in The Body Snatcher, with Boris Karloff and Bela Lugosi. The Flesh and the Fiends is a little known, underappreciated gem among horror movies. It has a definite dark and creepy atmosphere, and is well worth viewing, especially for the performances of Cushing, Pleasance, and Rose. I'll give it a solid 4 stars. 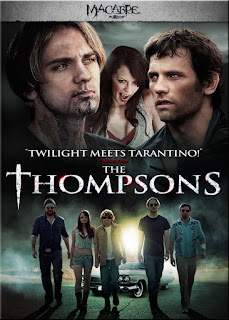 The Hamiltons, now going by the Thompsons, have had to move on, their dark family secret having been uncovered. Knowing little of their late parents' past, their only clue is the name of a village in England, and the name Manderson. So it's off to Europe for the Thompsons!

Unfortunately, they run afoul of a couple of robbers, and Lenny is hurt. Now it's imperative that they find him help as soon as possible. Francis finds the small village in question, and the pub where he may find Manderson. But again, things go awry, and he gets more than he bargained for. Turns out the Mandersons are kinfolk, and that's not all they have in common. 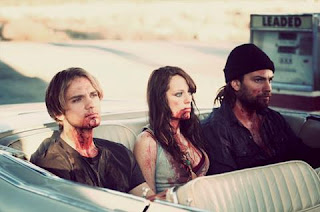 The second movie begins where the first one ends, picking up in the middle of events as we find Francis trapped in a box, and of course he has to explain what led to this. Cue flashbacks. The entire movie concerns finding these relatives, who are even more sadistic and bloodthirsty than their American cousins, and who have their own plans for them. In particularly, for Darlene, as she seems to be the last hope for the continuation of their bloodline.

Frankly, the plot is thin at best, with not much more than the Thompsons vs the Mandersons. Mainly an excuse for fighting and bloodletting.... and more fighting and bloodletting. That wears thin quickly. The writers seem intent on showing the Thompsons in a more favorable light than in the first film, as if they are trying to make them out to be human. They're not vampires, they have a disease, one that requires them to have a diet of blood. 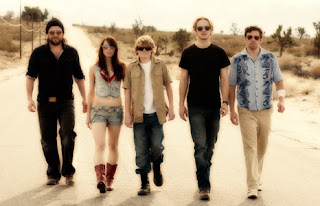 Honestly, there just isn't a lot of meat to this one, and I found myself getting bored. Certainly not scary. The first movie wasn't great, this one is barely decent. And I'm being kind here. I'll just give it a soft 2 stars and suggest you find something else to watch. Like The Flesh and the Fiends.

Email ThisBlogThis!Share to TwitterShare to FacebookShare to Pinterest
Labels: bloody family fun, bodysnatching, Burke and Hare, Donald Pleasance, Peter Cushing, Saturday is Horror Day, The Flesh and the Fiends, The Hamiltons, The Thompsons