Good morning everyone! Please welcome M. Glenda Rosen to Full Moon Dreaming. She is here to tell us about her new release, Dead in THAT Beach House. She will be awarding a $50 Amazon/BN GC to one randomly drawn commenter during the tour via Rafflecopter. The more you comment, the better your chances of winning. To find the other stops on her tour, go here. Don't forget to look for the Rafflecopter at the end of this post!

Dead in THAT Beach House
by M. Glenda Rosen aka Marcia Rosen 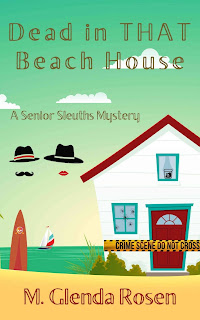 August 21, 2020, A Senior Sleuths Mystery, “Dead In THAT Beach House,” Published by Level Best Books is the third in the series and available at your local book store, Amazon.com and Barnes &amp; Noble.com. This series of murder and mayhem is written in a modern noir style with charming, witty, deliciously clever soft-boiled sleuths.

Once we had arrived in the Hamptons, settled in and I felt comfortable, I began to add small amounts of poison to the evening cocktails. It was from the oleander flowers. I had planted them carefully behind the barn in Ames. After only weeks, they were falling ill, listless, crying to go back to Ames. They felt too sick at the beach house. It was simple.

I know you must think I’m a monster. But, really, they felt very little when I strangled them to death thanks to the poison in their system. When they were dead, I filled my library with books about murder and witchcraft. The note I leave for whomever might find them might explain what happened...

The Senior Sleuths, Dick and Dora Zimmerman, much like Nick and Nora Charles from the Thin Man series, and their cozy group of interesting, quirky friends take on crooks and murderers while dealing with an outrageous case of elder abuse.

Later: “Shall we say invitations are mandatory?”

“Absolutely, dear. We wouldn’t want anyone to miss the fun”

“They’re either belligerent, arrogant, or simply annoyed,” Zero whispered to Cloud as the so-called guests arrived. They were all murderers and those who had committed crimes against the elderly.

For over a century the Hamptons had been a magnet for artists and writers. The views, the sea, the sunsets drew them into natures web. But, The Sunset Development Group didn’t care about any of that. They were aggressively attempting to buy up numerous parcels of prime land facing those views.

For years THAT Beach House they wanted stood alone on slightly over an acre of land, isolated behind sand dunes where it had been built for a fraction of a cost of what it was worth today.

For the last dozen years the law firm of Gibbons and Corbett, told them,  “No, it is not possible to buy it until the 99 years is up as stated in the owners trust and will.”
The original owners and law firm had been left a substantial amount of money for yearly taxes and minimal upkeep on the outside of the property, but it was clearly decaying inside.

It really didn’t matter if the house rotted and was reduced to rubble. It was the land that was worth a fortune to developers.
***

The house had originally been built by Lily’s great, great uncle, James Sinclair.

“I never met him. My uncle Willie said he was not a very nice man. I never knew what they meant by that.”

It would be discovered one of the decaying bodies found was his wife. The other two skeletons, two female were found by the police were in an upstairs bedroom on top of a tattered beige lace bed cover. They were his wife’s sisters.

All three 100-year old murder victims were proven through the coroner’s examination to have been strangled to death after first being poisoned. Aunt Alice and Uncle Willie
Not that being shot in the head at close range was any less despicable. 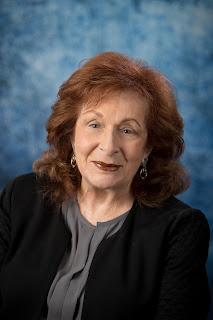 For over 25 years, owner and founder of a business/marketing and public relations agency and consulting firm in New York City, The Hampton’s and Albuquerque, New Mexico where the company served as advisors to a wide range of national, regional and local clientele including major pharmaceutical companies. The agency provided a special expertise to the healthcare industry including: hospitals, nursing homes, senior centers, medical facilities, non-profit healthcare organizations and literally dozens of healthcare providers.  It was the second largest public relations firm in New Mexico when sold. The agency was built on Marcia’s business experience as owner of two-day care centers for ten years in upstate New York.

Parallel to founding and running her agency, Marcia was also an active advocate and advisor for women's economic development and success. Along with Betty Friedan, she was honored by the City of New York in celebration of Women's Empowerment Day for "helping thousands of women advance their careers and succeed in starting their own companies."  She was also honored as the East End Women’s Network’s 20th annual “Woman of the Year,” and nominated for New York State“ Women of Distinction Award. In New Mexico her agency received awards and accolades for the many volunteer services it provided.

Marcia presently lives in Carmel, California and is planning on moving back to Albuquerque early 2021 or end of 2020.   She has author clients in New York City, Atlanta, Albuquerque, Long Island, the Hamptons and Vancouver.