Virtual Book Tour: The Moment Between by Gareth Frank

Good morning and please welcome author Gareth Frank and Goddess Fish Promotions! Gareth will be awarding a $50 Amazon/BN GC to a randomly drawn winner via rafflecopter during the tour. The more often you enter, the better your chances of winning. To find the other stops on the tour, go here. 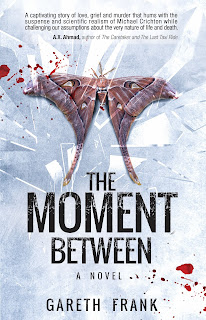 After four years of mourning, Doctor Hackett Metzger is determined to stop letting his wife's death control his life. He is finally beginning to live again, but his recovery leads to an unexpected fight for his own survival and startling revelations about what happens to all of us in The Moment Between.

Hackett, a brilliant neurologist, is a skeptic. He doesn't believe he will one day be reunited with Jean, or dwell with God in heaven. What he does believe is that he should have seen the warning signs of her heart attack; he should have saved her. He also cannot accept the possibility that his clinical study of near death experiences could prove the existence of a conscious afterlife. When Hackett falls for the mother of a patient, grief finally begins to fade. But he has no idea his new love is hiding her dangerous past. Will Hackett's damaged spirit endure another heartbreak?

Yu Lai’s eyes radiated sadness, and there was a slight tremble in her lips. Hackett could see her trying to flush out her emotions before speaking.

“Nobody really knows what death is, when it starts or when it is complete,” she said. You and I both know the body dies gradually. Under the right circumstances, someone whose brain stops functioning and whose heart stops beating can be brought back to life an hour later, even more. The cells of the brain don’t just die the second blood flow is cut off.”

“What are you saying, Doctor? Are you advocating that we outlaw transplants?”

“No. You know I’m not. I guess I was just spooked by the way her arms lifted up. It was clear that Mrs. Carrollton wasn’t coming back, but I don’t know if she was truly and totally gone.”

Hackett wanted to yell, wanted to shut her up. Death was death. When the brain died, the conscious mind went with it. Hackett had learned the hard way that it was better to face that fact. 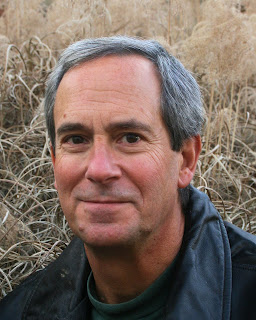 Gareth Frank is a former union organizer and administrator. He received a Master's Degree at the University of Wisconsin and later studied at the Writer’s Center in Bethesda, Maryland. The Moment Between is his first published novel. His short stories have been published in various journals and have been nominated for the Pushcart Prize as well as the Silver Pen Write Well Award.

Gareth Frank will be awarding a $50 Amazon/BN GC to a randomly drawn winner via rafflecopter during the tour.