Please welcome my friend and fellow author, Alicia Nordwell, here to tell us about her newest release, On Fire! 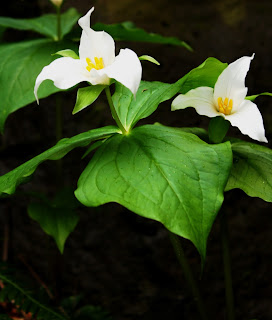 Single people often have more time to write. Are you single?
No, I’ve actually been with the same guy since just days after my 16th birthday. I’m lucky enough to have my house/family and writing as a “job” instead of a traditional 9 to 5. Writing is still a challenge for me, though, because I spend a lot of time at my kids’ schools, running errands, cleaning to ease my slightly OCD tendencies, and being an admin/part owner of Gayauthors.org. Some days I don’t even get to read until after 10 PM!

If you had to only work on one project for the next year... what would it be?
I want to self-publish my Carthera series. They need some serious editing, though. Just need a few more hours in the day.

Did something specific inspire you to write On Fire?
Dreamspinner Press promoted an in-house author novella series called “States of Love”, and I jumped on the chance to publish a novella with them set in my home state. It helped that I was writing a contemporary story set in Portland, just across the river, at the time the call went out.

Is there a particular character you most identify with, and how so?
I like Scottie. He loves the outdoors, he is passionate about his photography, and he is generally happy with his life.


Nothing beats getting out of the concrete jungle and into the quiet of the forest. Website designer Scottie Ness is taking a well-deserved vacation from the grindstone, and he plans to spend it in the solitude of Washington’s Gifford Pinchot National Forest around Mt. Adams. He’s prepared for everything—except the lightning storm that traps him in a wildfire.

The firefighter who rescues him sustains serious injuries and ends up in the hospital. Jax Quintero might be abrasive, but the guy saved his life, and Scottie wants to thank him. As they spend time together during Jax’s recovery and exploring the state’s landmarks when he’s released from the hospital, Scottie discovers there’s more to Jax than a smart-ass adrenaline junkie. Jax reassesses his opinion of Scottie as an arrogant city boy who has no business in the mountains. Though Jax’s wounds prevent them from taking things as far as they’d like for a while, they can’t deny the heat building between them—and this is one fire they don’t want to put out. 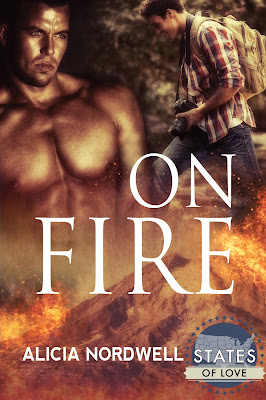 
“WHAT EXOTIC tropical locale are you going to spend your vacation drunk in?” Carter leaned back in his chair so he could see into Scottie’s cubicle. He smirked. “Or are you hitting the casinos in Vegas to make your fortune and leave all of us to toil away in the trenches alone?”


“Neither. Hiking and camping in the Gifford Pinchot around Mt. Adams.” Scottie adjusted a line of code, and the website header widened. “I’m all set to go in the morning.”


“Seriously? You have a week off in August, and you’re going to waste it trudging through the dirt and pine trees when you could be lounging on the beach somewhere?” Carter shook his head. “Wouldn’t catch me doing that. Aren’t there bears and cougars up there?”


Scottie shrugged one shoulder. “I might see a bear, if I’m lucky. Cougars are actually pretty shy.”


“It’d make a great picture.” The website he was working on needed to be visually appealing on both computers and mobile devices, and he was having a hard time focusing. “It’s Friday. Don’t you have some reason to duck out and start the weekend early?”


“Nope. Miranda, Tark, and I are all going out for happy hour at Corrigan’s, but not until six. Don’t try to change the subject. You know you can take pictures at the beach, right? White sand, crystal blue water, and palm trees swaying in front of the setting sun.”


“Dime a dozen. I like living in Washington because we have so many places where I can take beautiful nature photos. Coastline, rivers, lakes, mountains, even the desert, all within a few hours’ drive. Besides, I’m still paying off my student loans. I don’t have money for expensive vacations.”


Of course. Carter wore name-brand shoes with his fancy suits and never brought a lunch, preferring to order takeout. He’d graduated a year before Scottie, so it wasn’t like he made that much more money. “One word. Stupid.”


Carter rolled his eyes. “Whatever, man. When I take my week off next month, I’m going to Hawaii. Hotel on the beach, coconut drinks, and chicks in bikinis. Any women you come across in the campground will probably be covered in pitch and pine needles.”


“I’m not going to stay in the campgrounds. I’m hiking and camping off the trails, and for the most part, I won’t see any people at all.”


He nodded. “I used to go camping with my family all the time growing up. We’d hike, fish, roast hot dogs and marshmallows over the fire. It’s peaceful.”


“Whatever, man. When you get munched on by a bear, can I get your chair?”


It was Scottie’s turn to roll his eyes. “I’m not going to get eaten by a bear, and your chair is the same as mine. Why would you want it?”


“I spilled fish sauce on mine earlier this week, and now it smells funny.”


“Well you can’t have my chair, and I’ll notice if there’s a fish funk on mine when I get back, so don’t even try to switch them. Don’t you have a project to finish? I have to get this done before I leave.”


“Fine, fine.” Carter rolled back to his desk. “Have fun communing with wildlife.”

SCOTTIE ROLLED up his backpacking tent with an extra tarp and fastened it to the bottom of his pack. His sleeping bag, a change of clothes, survival kit, portable stove, water filter, and food fit inside. The rest of his camping gear was piled along the wall, taking up most of the living room floor in his postage stamp of an apartment. He plopped down on the couch with a beer and opened his laptop.


Using a red highlighter, he outlined the trails he planned to take and marked his base camp as well as his possible overnight camping sites before printing out two copies. Picking up a pen, Scottie scribbled his full name, the dates of his trip, and what kind of vehicle he was driving on the back of one map. He’d drop it off at the ranger station before he stopped in Trout Lake for some sandwiches. No idea what they did to make them taste so great, but they were way better than anything he could make. He’d have to stop by the ATM on the way out of Vancouver to pick up some cash.


Now that he had all the nitty-gritty survival stuff out of the way, he had to get his photography equipment in order. Scottie didn’t spend much money on himself, but he had a nice Canon camera, lenses, a flexible tripod for his hiking pack, and a bigger telescoping tripod in its own bag. Using a polishing cloth from his cleaning kit, Scottie went over every piece of glass in his camera bag, making sure all the lenses and filters were spotless. Photography might be just a hobby, but he took pride in getting that one shot that made all the hard work worth it.


He’d finished his beer by the time he had the last memory card and battery stowed, and he waffled on what he wanted to do. He’d been up since six, worked a full day, and finished getting all his camping gear ready to load in the morning, but he wasn’t tired enough to go to bed. The weather report he checked promised sunny days and clear nights—though it wouldn’t be nearly as warm around Mt. Adams as it would be in Portland.


Author Bio:
The number one question folks ask Alicia when she shares she's a MM romance author: "Why gay fiction? Why write men when you're a woman?" and her answer is: "Why the hell not!" Alicia Nordwell is one of those not so rare creatures, a reader turned writer. Striving to find an interesting story one day, she decided to write what she wanted instead. Then the voices started... Yep, not only does she talk about herself in the third person for bios, she has voices in her head constantly clamoring to get out. Fortunately, with the encouragement of her family and friends, she decided for her own sanity to keep writing.

Now you can find her stories both free and e-published. When she’s not on the computer typing away, she's a wife and a mom of two in the dreary, yet ideal for her redhead complexion, Pacific Northwest. Except for when she disappears into one of the many worlds in her head, of course! She can also be found quite often at her blog, where she has a lot of free fiction for readers to enjoy or working hard, or maybe hardly working, as an admin on GayAuthors.org under her online nickname, Cia.


Contest!
a Rafflecopter giveaway
Posted by Julie Lynn Hayes at 12:01 AM