Please welcome author D. James Eldon, who is here to talk about his new release, Brooklyn Heat. He will be awarding a $20 Amazon/BN GC to one randomly drawn commenter via Rafflecopter. The more you comment, the better your chances of winning. Go here if you want to find the other stops on the tour. Don't forget to look for the Rafflecopter at the end of this post.

When a little girl is found brutally murdered, veteran NYPD homicide detectives Hiro Masimoto and Ryan Sullivan are determined, against all odds, to solve the case.

In the midst of the worst heat wave in New York City’s history and with personal and professional pressures mounting, the detectives pursue the mother’s ex-boyfriend and former criminal, Nick DeSantis.

But DeSantis, a two-time felon, has skipped town and the detectives struggle to collect enough hard evidence to extradite him before he slips completely out of their grasp.

With a cast of outlaw characters and more twists and turns than a coiled spring, Brooklyn Heat delivers a taut thriller of the highest caliber.

Detective Hiro Masimoto makes his way through the gaggle of spectators, approaches the yellow police tape stretched loosely between the railings at the foot of the brownstone steps. He runs an absent hand through his cropped, jet-black hair, then bends his lanky six-foot-two-inch frame under the tape. Despite the heat, he wears an immaculately pressed dark-blue suit, crisp white shirt, and geometrically patterned blue and white tie. A gold shield hangs from his breast pocket.

“Hey, Maxi,” the uniform standing at the top of the stairs says, taking a pull on his cigarette as the detective walks up to meet him.

“Hey, Ralphie. What’s the deal?” Masimoto asks in his patient way, as if passing the time, waiting for a train.

“Right, so, what do you know?” Masimoto asks.

“It’s been three weeks without a drop of rain, and today’s gonna be another scorcher. Weatherman says hazy, hot, and humid. There’s a bit of a panic over the temperature as no one can recall it ever being this hot this early in the year. It’s been so hot for so long, the murder rate has dropped to its lowest since the city’s been keeping track. People are just too hot to bother,” Ralphie says with a wink, a nod, and a puff of his cigarette. 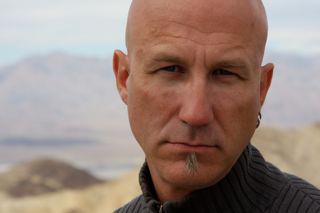 D. James Eldon is a poet, novelist, and short-story writer from New York City. His work has been published online and in print, in the US, Canada, and Europe, in both English and French.

His debut novel, All The Way Gone, the first of the Brooklyn Homicide Investigations, is available as an ebook and paperback in English as well as paperback in French (under the title Sur Le Fil).

The latest Brooklyn Homicide Investigation, Brooklyn Heat, is available now in both ebook and paperback.

And, in 2017, look for the third Brooklyn Homicide Investigation, The Pope’s Guard.

The new paperback version of Brooklyn Heat is available at the CreateSpace eStore at this link:

And if people use the coupon code - 9NYHU7HL at checkout they can get 20% off the retail price (the paperback through CreateSpace retails for $15.99, the discount is $3.20, so the final price is $12.79). The discount will remain in effect through October.

The ebook retails for $4.99 and remains unchanged.